Omar Newell | The emergence of ‘Trumpism’ in Jamaica 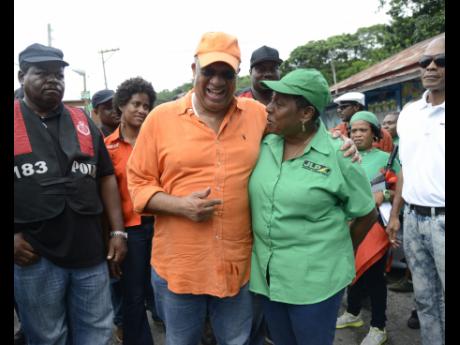 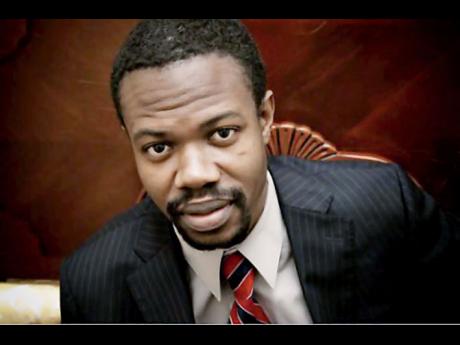 As far as I am concerned, the defeat of the People's National Party's (PNP) Dr Shane Alexis by the Jamaica Labour Party's (JLP) Dr Norman Dunn in the by-election in South East St Mary last Monday is to be accounted for by two factors: the first is the use made of the enumeration process by the JLP, and the second is the use made by the JLP of $250 million of state resources.

The JLP clearly out-enumerated the PNP in the lead-up to the by-election. Some 800 ostensible new voters were added to the voters' list, which is almost exactly the same as the margin of victory.

I am intrigued by this fact. There were more than 600 new electors in the Castleton division that the JLP won by some 900 votes, which is a 50 per cent expansion of its margin of victory over the last poll in 2016.

This begs the question as to whether or not there has been any housing or other development in the Castleton division. It is also interesting to note that some 210 voters were bussed into the Richmond division. Interestingly, most of these voters originated in Portmore, St Catherine.

I am raising a question as to whether the exercise of enumeration has been made to become a kind of gerrymandering for which the Republican Party in the USA is now infamous. Is there an exercise going on in which the surplus voters in strong JLP constituencies or constituencies the JLP has given up on are being made to take up addresses in marginal constituencies? Has this happened in South East St Mary?

This is not the kind of question that one raises idly. Except that in recent times the usual stability and reputability of the Electoral Office of Jamaica and the Electoral Commission (EC) has been disturbed.

One is not sure that the vigilance that has been relied upon in the recent past in respect of the integrity of our democracy and electoral process is intact. I cite, for example, the recent events in which the director of elections has had to seek an injunction to prevent the EC from ending his employment.

Is there a story behind that about political manoeuvring by the JLP that wishes to see the back of the current director of election and hope that he would be replaced by a political favourite of the ruling party?

There is something unseemly about this business of moving around voters who live in one jurisdiction to influence the vote in another jurisdiction. There is everything legitimate about returning to their locale to cast their ballot, but there is something suspicious about political parties arranging to bus voters in and out of this constituency or that.

The second reason for the substantial margin of victory by the JLP over the PNP in the SE St Mary seat has to do with the abuse of state power by using public resources to influence the vote. This is not something that the JLP denies.

This is something that Jamaica fought long and hard to remove from corrupting its democracy. Wilmot 'Motty' Perkins repeated ad nauseam politics is about scarce benefit and spoils between hostile tribes perpetually at war.

I am not sure he would not turn in his grave to see the party he loved perfecting the art of the abuse of state resources in the recent political contest of which the victory in SE St Mary was the major prize.

Shane Alexis got almost the same amount of votes in the by-election that Winston Green got in the general election of 2016. That is remarkable for a political neophyte running for a party in opposition.

This is despite the fact that the entire Government was shut down and the resources of the State and significant sections of the private sector concentrated in a section of a single parish in Jamaica.

This is made worse by the fact that the Government has acted without scruples or principle in its use of taxpayers' money.

I saw it with my own eyes in SE St Mary where supervisors and workers alike, dressed in JLP green shirts with Dunn's picture emblazoned on them, carried out public works of bushing and road patching days before the election. They were doing this in full view of everyone.

It was part of the political advertising one might say, making the case that this is what you get to vote JLP. It is not right, but it works and there is not a constituency that stands in opposition to it.

Aside from PNP objection, there were no voices raised in protest or opposition. It has become par for the course by a most unprincipled administration. Employment in the public sector under the JLP is a political reward.

Jamaica has always had a habit of playing catch-up with the world. This may well be our way of mimicking the Donald Trump contagion. After all, in the place where democracy finds its greatest boast, they have elected a man without ideas or scruples.

Democracy is less and less the contest of ideas; debates are shouting matches and there is fake news and alternative facts. Soon if it keeps up, election day will be a dial-up event you will get the candidate you pay for.

- Omar Newell, JD, is the president of the PNP's young professionals group Patriots. Feedback at omar.newell@gmail.com or editorial@gleanerjm.com