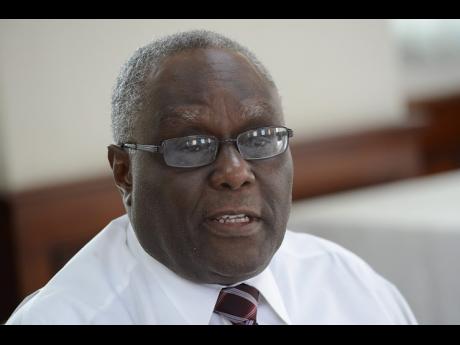 West ... understands the desperation felt by many pregnant women, but says terminating the pregnancy should not be seen as the solution.

Chairman of the Jamaica Coalition for a Healthy Society, Dr Wayne West, is still not convinced that legalising abortion is the solution to women endangering themselves by accessing unsafe measures to end their pregnancies.

There have been renewed calls for discussion on the legalisation of abortion amid reports that patients are seeking medical attention following botched attempts to terminate pregnancies.

A Sunday Gleaner story yesterday revealed that between January and September of this year, of the 1,088 expectant mothers who presented to Victoria Jubilee Hospital with bleeding in early pregnancy, 91 admitted to having attempted to abort the foetus.

Meanwhile an additional 47 had complications that suggested they had attempted abortions.

Some activists believe many unsafe abortions are being sought because there is no legal option for desperate women.

West says while he understands the desperation felt by many pregnant women, terminating the pregnancy should not be seen as the solution.

West says the society must now decide the philosophical framework within which it will solve problems, such as unwanted pregnancy.

He says the society can decide if life is dispensable or important.

West says if the pro-life option is taken, then policies must be put in place to ensure the mother and child are supported and can live a full life.

Health Minister Dr Christopher Tufton has ordered a medical audit across the public health system to determine the extent of the problem of attempted termination of pregnancies.

Tufton says he is also moving to examine the current framework around family planning to determine what more can be done to discourage the dangerous and illegal practice of abortions.

He also says he is convinced that there needs to be dialogue about legalising abortion.