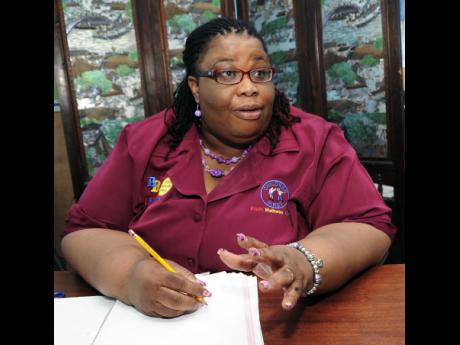 Claudette Pious boastfully claims that every barber shop and hairdressing salon in Spanish Town has a worker who was trained by Children First, but it is the impact being created among juvenile offenders in youth penal institutions that has given her much to be happy about.

Pious, who is the co-founder and executive director at the organisation, highlighted that Children First is well into its second batch of barber training at the Metcalfe Street Juvenile Remand Centre, which started in September.

"If you go to Spanish Town, every barber shop and salon have a Children First person. It is a blessed organisation. In the Metcalfe facility, a holding place for youngsters (boys) who await what will happen in their court matter, we are offering barbering, and we are happy that the youngsters have really grasped it. Some of them already knew how to cut hair, but it is really now knowing the fancy things - the fine-tuning and to be certified," Pious told The Gleaner.

A professional barber works closely with the boys, aged 13 to 17, imparting not just knowledge on how to cut hair, but also on how to set up sustainable businesses, if and when they become reintegrated with society.

"They are exposed to (gain) entrepreneurial skills because they have to learn that you cannot buy a food as you cut a head. They have to save, and they have to buy back the things they need to keep the business going. We also do work around customer service and professionalism. We are now doing the second set of barber training," she said.

Children First is doing a lot of work with Homestead Place of Safety in St Andrew, which houses female juvenile offenders.

"We just completed a phase at Homestead. We basically did some work with the girls, mainly around hair, cosmetology, and by teaching them life skills through sports. They use netball to learn how to solve conflict. We also have a project we call Trash for Cash. It is really amazing to see the transformation that happened with the girls," Claudette Pious, co-founder and executive director of Children First, told The Gleaner.

"When we just started at that facility, some of the instructors were a little timid, but when the girls come to collect their certificates, it is really encouraging. We were very blessed that we received the National Prayer Breakfast award (2017). We did two domestic violence prevention workshops. We want to use the final amount of money to do further training with the girls at Homestead. The money was not enough to do the first phase of training with the girls, but we were able to garner some resources through the Child Development Agency, UNISEF and USAID. We are looking to move it to another level with the money from the prayer breakfast."