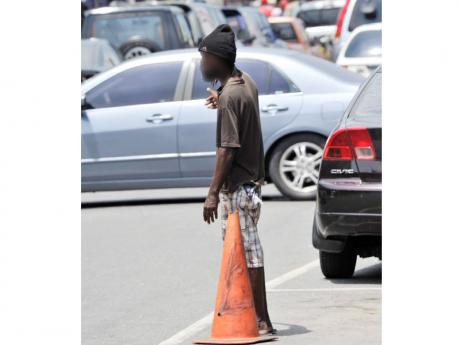 Mayor of Spanish Town Norman Scott has disclosed that the St Catherine Municipal Corporation has been experiencing a reduction in revenues from the transportation centre, erected a year ago in Linstead, because of extortionists.

The mayor made this disclosure while responding to queries from opposition councillor Owen Palmer during yesterday's general meeting of the Corporation.

Scott attributed the reduction in fees to illicit activities perpetrated by extortionists, back up men and bus loaders who are operating inside the centre.

He added that repeated efforts by him to have the police high command position police personnel there have not been successful.

He claimed the extortionists are not afraid of the Municipal police because they do not carry guns.

He said while conditions are getting worse daily there is still no police.

Scott said the Municipal Co-operation has invested in closed circuit TV (CCTV) cameras to complement the security arrangements, but is unable to install them because the deputy commissioner of police who is doing the review is yet to give the go ahead.

The mayor said a delegation from the council will seek audience with the minister of local government to air their concerns.