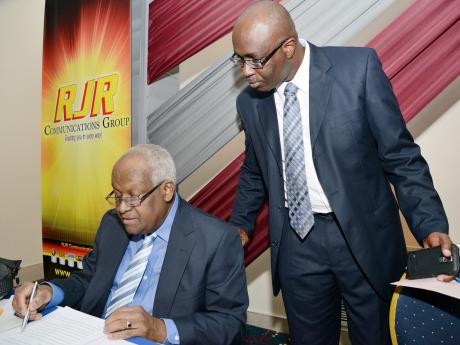 Spaulding died in Andrews Memorial Hospital this morning after ailing for some time.

Spaulding was due to retire as group chairman at the end of the year.

Chief Executive Officer of the RJRGLEANER Communications Group Gary Allen, said, in a meeting with Spaulding a week ago, the chairman was concerned that he was not responding as expected to his treatment and so he was taken to the hospital on Monday where he was admitted.

He described Spaulding as a fierce competitor in media, but one who was loved by his competitors.

"From one radio station to leading a group operating radio, television, multimedia, print and cable operations … I don’t know any other media professional who has been able to do that," Allen said.

He also said Spaulding has left in place, a proper structure to continue a viable operation of the media entity.