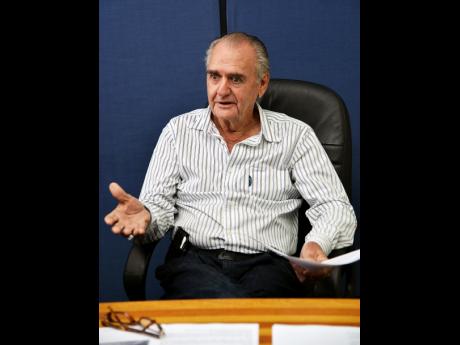 Renowned business mogul Tony Hart believes that despite the frightening crime that has been plauging Montego Bay, the Second City is still ripe for growth, pointing to the information technology (IT) and tourism sectors, which he said are currently booming.

In an interview with The Gleaner after being conferred with an honorary Doctor of Laws at the University of the West Indies' graduation ceremony held recently, Hart said that while one cannot ignore the effects of crime, Montego Bay has still been able to boom economically.

"Growth is coming fast. Montego Bay, as opposed to Kingston, is US dollars because we are IT and we are tourism," he said.

Making reference to a conversation he had with a professor recently, he said, "What he said to me was, 'If you cut Jamaica, the western half would be the richest country in the West Indies'."

"There are 15,000 rooms going up, there is more IT going in; it's booming at the moment. There is a lot of hope for Montego Bay," he declared.

He also gave his support to the zones of special operations (ZOSOs) which the Government established recently, noting that while it won't be the silver bullet in eradicating crime, it is going to be bring about drastic reductions in violence, especially in the western part of the island.

"The prime minister had said that he was going to reduce it by putting in the ZOSO, and I feel that it (crime) can get under control. The crime is not against the tourist, or even the middle- to upper-income Montegonians; it's warfare caused by other things - gangs and violence, scamming," he explained.