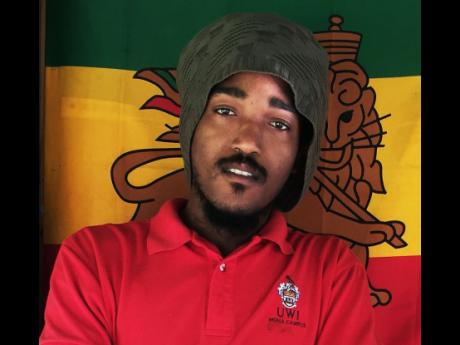 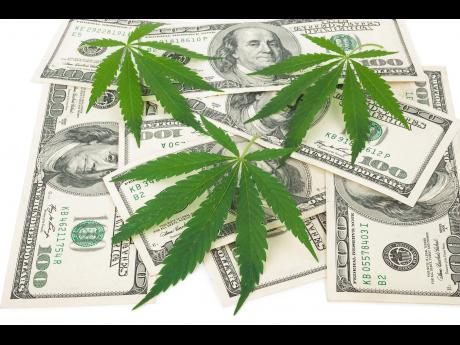 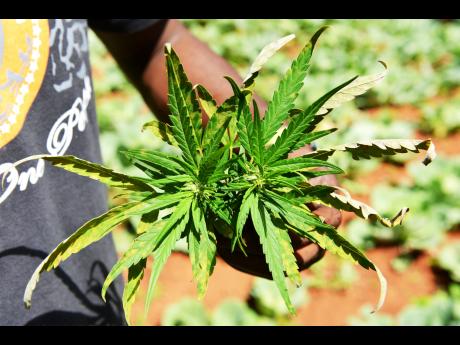 David McFadden
Ganja farmer 'Breezy' shows off the weed which he still has to hide and grow on his farm in St Ann.
1
2
3

Jamaica's low level of economic growth has reached crisis proportions, and if left unaddressed, will ultimately lead to government failure and social instability.

This policy proposal makes the recommendation for the legalisation of marijuana as an option to spark life into the Jamaican economy and to sustain a marijuana industry.

Such an industry would represent the most formidable response to the crippling effects of low economic growth and low productivity being experienced in Jamaica.

While Jamaica continues to make strides in its general development, if the issues related to low economic growth are not addressed, such strides will be but Pyrrhic victories. Therefore, Jamaica must act now to step up economic growth and increase prosperity.

The significance of this policy proposal is its ability to offer a much-needed avenue for Jamaica to achieve economic growth.

With a vision to create a sustainable and lucrative marijuana industry for the benefit of all Jamaicans, this policy proposal directly supports the Government's national development agenda by economically empowering Jamaicans for the 21st century.

With the policy mission geared at transforming the Jamaican economy into a sustainable economic hub, this proposal identifies key objectives such as increasing government revenue, improving tourist arrivals, and expanding the productive capacity of the Jamaican economy as primary deliverables.

Similarly, this policy proposal pinpoints key policy outcomes such as increased government revenue, improved tourist arrivals, and the addition of new, sustainable and lucrative dimension to the Jamaican economy that will improve the overall economic output of the country.

This proposal recognises that the issue of low economic growth signifies a central concern and incriminates a number of sub issues of similar magnitude and with grave consequences.

In the current landscape of low economic growth, the challenge of diminishing government revenues is accentuated. Similarly, the high levels of unemployment, increased competition in the tourism sector, social cleavage, and environmental pollution are issues of concern that are highlighted.

In order to grow the economy, Jamaica must invest in a sector that hinges on the strengths of Jamaica, namely, its climate, geographic location, people, and culture. A marijuana industry is the most feasible, sustainable, and lucrative choice for the Government of Jamaica to gain economic growth.

The vision of this proposed policy is "to create a sustainable and lucrative marijuana industry for the benefit of all Jamaicans".

The marijuana industry is an industry that will provide economic growth and should, therefore, be fundamental in the Government's development agenda.

The mission is "to transform the Jamaican economy into a sustainable economic hub'. 'Sustainable' means a sector that satisfies current needs without jeopardising futures needs in a manner which is self-reliant and without undue cost to the Government.

'Economic hub' is an economy that contributes both a competitive and comparative advantage to the global economy in diverse sectors.

The aim of the Marijuana Industry Policy is to construct a framework to facilitate the development of a sustainable industry. This aim will be realised via primary objectives such as:

a. Making the marijuana industry accessible to all qualified Jamaicans

b. Maximising the ability of the Government to gain revenue via taxes and surcharges.

d. Developing a model that best suits the tourism industry

a. Legalisation of marijuana

b. Increase in government tax collection and revenue streams

e. Greater inclusion in the formal economy for groups such as the Rastafari community and the ganja growers

g. Greater regulation and penalties for the sale of ganja to youth in Jamaica

h. A more informed Jamaican public about ganja and its uses and effects.

This policy option suggests that the government maintain it current status quo, which is to only decriminalise small quantities of the plant and not to engage in the development of a marijuana industry.

Maintaining the current status quo would see the government maintaining both the illegality of the plant and refusing to develop a marijuana industry.

The continuation of the current status quo not only opposes the development of a marijuana industry, but may also be untenable and counterproductive.

As such, the current status quo in Jamaica is unsustainable as it also neglects regulating the production of the plant and therefore, the long-term regulation of the plant. Indeed, it is very likely that maintaining the current status quo could result in a counterproductive policy or policy failure as it strengthens the grip of organised crime and gangs on marijuana production.

The possibility of granting licences to marijuana growers, exporters, and manufacturers to facilitate the development of a marijuana industry is proposed in this option.

The value of licensing operators in a marijuana industry may be more sustainable than the current status quo as the government could be involved in the regulation of the production of the plant.

Such an approach would help to undercut the power of the black market and organised crime and could be operated for the foreseeable future.

However, a licensing approach is still not optimal as it demands strong regulatory action by the government which it may be hard-pressed to provide.

Indeed, a licensing approach would hinge on farmers paying a fee to plant the crop. As such, the regulatory body would have to be equipped with the necessary resources to identify those farmers who would still be motivated to grow the plant without a licence.

This could cause a negative long-run cost to the government regulators, and one may find the same antagonism that currently exists between the state and ganja farmers persisting.

The legalisation of the plant in order to develop a fully integrated marijuana industry is proposed by this option.

Legalisation allows for the entry and exit of producers in and out of the marijuana industry and would be most sustainable as it would be guided by the market and the free will of individual ganja farmers.

Similarly, legalisation would not require the government to be directly involved in the development of the industry, but only to provide the conditions necessary for private investment. Legalisation opens the plant to full taxation as well as full regulation and provides great financial reward and is most effective in achieving the primary objective of economic growth.

Based on the above analysis and established criteria and the theoretical framework of sustainable development, option three, which advocates for the legalisation of marijuana would be the best option for the development of a marijuana industry.

Such an option would solve the issues of low government revenue as the industry could be fully taxed unlike the options of granting a licence or not developing an industry at all.

The problem of social exclusion and pollution would also be resolved in a legalise framework when compared to other options.

In the final analysis, low economic growth is at crisis proportions in Jamaican and must be addressed by growing the economy.

A marijuana industry in a legalised framework is most sustainable, just, economical and domestically politically acceptable. Such an industry would increase government revenue, reduce unemployment, integrate excluded sectors of the Jamaican population, directly protect youth against accessing the plant and drug abuse, while informing Jamaicans about the uses and effects of marijuana.

- This is a heavily edited presentation by Isha Levy, who recently completed an MSc in International Public and Development Management in the Department of Government, UWI, Mona. Feedback: isha.levy33@gmail.com or editorial@gleanerjm.com

Jobs go up in smoke - Ganja-puffing youngsters losing out on employment opportunities because of failed drugs tests
'Regalise it'! - Urgent measures needed to ensure the proper regulation of the industry
Target the ‘Ganja Babies’ - Urgent focus needed on children using the weed as they face increased mental health risks
Free up the weed! - US researchers urge Jamaica to make ganja fully legal and readily available to tourists
PM, speed up the weed - US based professor warns Holness Jamaica could be forced to import medical ganja