Jamaica to lead powerful ACP group for next six months 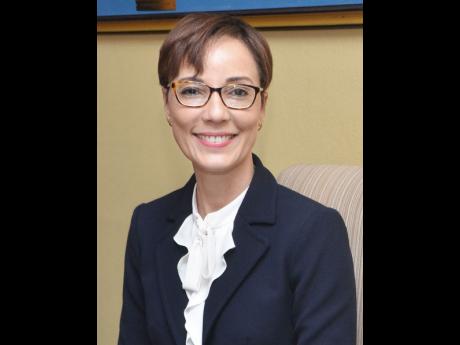 Foreign Affairs and Foreign Trade Minister Kamina Johnson Smith will for six months preside over the Council of Ministers of the powerful African, Caribbean and Pacific (ACP) Group.

The minister's appointment was affirmed during the 106th Session of the Council currently convening in Brussels, Belgium.

Correspondingly, Jamaica's ambassador in Brussels will oversee the discussions at the level of the Committee of Ambassadors.

Jamaica's presidency of the council is expected to culminate in the ACP Group's submission, by August 2018, of its negotiating position with the EU.

Johnson Smith accepted Jamaica's role for the six months, citing the expiry of the Cotonou Partnership Agreement with the European Union as an area that the country will lead in terms of bringing on stream negotiations for a successor agreement.

"Jamaica is honoured by this role, which comes at a time when the 79-member ACP Group of Countries is contemplating its position ahead of the expiry of the Cotonou Partnership Agreement with the European Union, and ahead of the beginning of negotiations for a successor arrangement," she said.

The 106th Session of the ACP Council of Ministers currently meeting in Brussels took decisions in relation to its preparations for the post-Cotonou engagement, development cooperation and the implementation of current Economic Partnership Agreement programmes, among other matters.

Meanwhile, a training workshop on trade policy and trade indicators is to be convened from December 12 to December 14 at the Altamont Court Hotel in Kingston.

It signals a collaborative effort between the foreign affairs and foreign trade ministry and the United Nations Economic Commission for Latin America and the Caribbean, known as UN ECLAC.

"The objective of the workshop is to strengthen the technical and analytical skills of government officials and other relevant stakeholders on the assessment of international trade policy and trade dynamics. A presentation of the study developed by UN ECLAC will also be made at the training workshop," a release from the ministry stated.