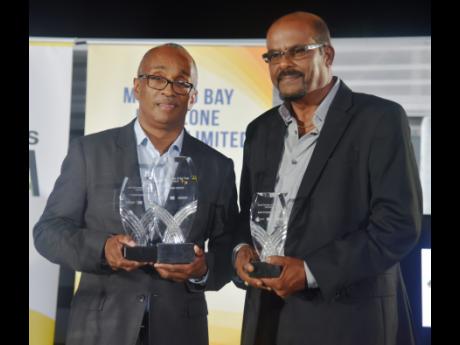 The Unicomer Group of Trinidad and Tobago copped two of the three awards that were up for grabs at the inaugural Regional Investor of the Year Award (RIYA) reception at the Iberostar Hotel and Resorts in Montego Bay last Wednesday night.

The Unicomer Group, which operates the Courts chain of more than 113 stores across the Caribbean and the United States, including the 37 outlets in Jamaica, were able to beat back the challenge of a competitive field to walk away with both the prestigious Foreign Investor of the Year and Regional Investor of the Year awards.

The Local Investor of the Year Award, which seeks to honour local entities from the Caribbean which have invested in operations in the region, went to KSM Investment of Guyana, which operates a state-of-the-art concrete production facility in that country.

"This is a testament of our belief and the money my wife and I have invested in our new state-of-the-art facility," said Mahadeo Panchu, the managing director of KSM Investment.

"This also follows the Golden Award for quality that we received in our homeland, Guyana, recently. This is the standard we intend to maintain."

The awards were designed to highlight the contribution of both local investors and foreign investors to the region. A regional investor is defined as an investor who operates in one or more of the territories in the region.

Based on the assigned criteria, the investors must be key participants in regional economic growth and their contributions should include the creation of job opportunities, adherence to high standards of corporate social responsibility, notable monetary spending and significant fiscal support to economies.