JPS to spend $2b in anti-theft campaign 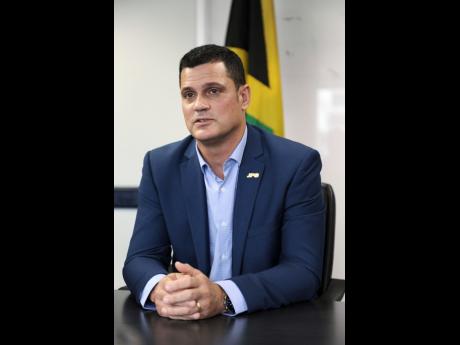 Emanuel DaRosa, president and chief executive officer of the Jamaica Public Service company (JPS), said the organisation will embark on an aggressive anti-theft campaign to stem the illegal extraction of electricity. The measures will include a

"As we move into 2018, JPS will continue to focus on some key priorities, all of which are critical to us as a company and to you here as customers," said DaRosa, who gave the keynote address at the Montego Bay Chamber of Commerce and Industry 85th anniversary awards banquet on the weekend. "These include efficiencies in all areas of the company... this will positively impact the cost of service to you as customers."

He continued, "Most of you are aware that for years, JPS has been grappling with the problem of electricity theft. Persons have gotten so creative in finding ways to illegally extract electricity that identifying electricity theft in many cases is like looking for a needle in a haystack.

"We will therefore be increasing our use of technology in 2018 as part of our strategy to tame this monster and ultimately bring down the electricity rate for our customers. This includes a $2-billion investment in smart meter technology next year."

According to DaRosa, who took over at the helm of JPS from Kelly Tomblin in August, the power distribution firm will also be moving to further improve their customer service offering, with continued focus on providing convenient options for its customer base, even as efforts are made to reduce cost.

Last year, the utility company estimated that approximately 180,000 households were illegally receiving electricity, and revealed that it would be spending US$52 million (J$6.5 billion) over five years to improve and expand its smart metering programme, aimed at curtailing the losses. This would include the installation of 205,000 Smart Grid advanced meter infrastructure (AMI) units between 2016 and 2020, with an intended impact of 2.81 per cent reduction in losses.

The Smart Grid AMI project involves the replacement of existing meters with smart meters for residential and small commercial (or rate 20) customers. JPS would then install transformer meters and build out a 'smart grid communication network' to support remote connectivity to these meters.

Based on investigations, electricity theft does not only occur in the lower socio-economic zones, but has been detected in affluent upscale communities and large business operations.