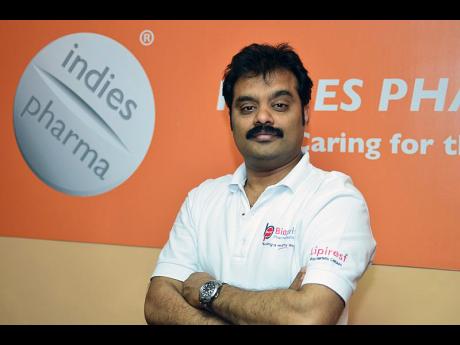 According to Muppuri, who has invested heavily in the provision of office space in the business process outsourcing (BPO) sector, the authority's failure to have the requisite regulations in place since the act was passed two years ago has cost him millions of dollars in losses.

Mupurri, a medical doctor by profession, claims his firm was given a provisional licence with limited shelf life of three to six months, but says that JSEZA has not responded favourably when an extension or renewal is requested.

"We, as the developer, were promised that we can build and import materials since we will be given SEZ status," Muppuri said. "When we went back asking for renewal or extension of provisional SEZ licence, they are saying they cannot do it as per the law and, therefore, we are stranded without being able to complete the constructions, paying penalties to the contractors for our delays to clear the goods from the wharf and not to mention the demurrage (a charge payable to the owner of a chartered ship on failure to load or discharge the ship within the time agreed) that is incurred and we have to pay."

According to Muppuri, to date, he has paid US$39,997 to the contractor as penalties for the delays at his end, US$17,000 plus for wharfage and overtime storage, and another J$2.2 million-plus as custom guarantee.

"We have additional shipments on the wharf now and we are now pained to pay all the duties in spite of the final SEZ yet to be given to us," said Muppuri.

Muppuri said the current SEZA scenario is bound to inflict irreparable damage to the BPO industry and is posing a serious and imminent threat to the investment community and, therefore, the jobs that are supposed to be created in Jamaica could be lost to nearby countries.

Kelli-Dawn Hamilton, director of investor relations and communication at the Jamaica Special Economic Zone Authority (JSEZA), says her organisation was established to regulate and facilitate the development of all SEZs in Jamaica and support a diversified range of industries located in the zone, including, but not specific to, the business process outsourcing sector.

"The JSEZA has established itself as a collaborative agency, open to, and keen on, input from all its valued stakeholders," said Hamilton. "We are happy to report that we have taken on board a number of recommendations from our key stakeholders, including the BPO sector, and we have in fact taken on board recommendations from the BPIAJ (Business Process Industry Association of Jamaica), under Dr [Guna] Muppuri's tenure as president."

Said Hamilton: "The delay in getting information has resulted in stops and starts to the process which could have been avoided had the information been received by the authority in a timely manner."

The SEZ Act was passed in January 2016, repealing the Jamaica Export Free Zone Act, and included tax and customs incentives for qualified entities. The BPO sector enjoys the highest employment growth rate of any sector in the last decade and currently accounts for more than 26,000 jobs across the island.