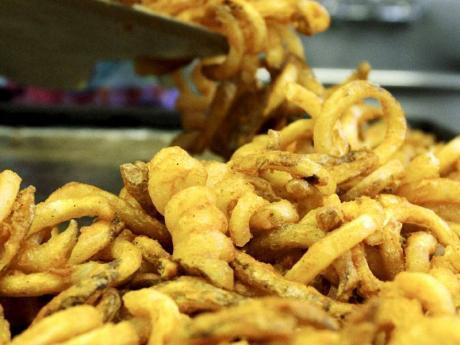 Bariatric surgeon, Dr Alred Dawes, is concerned Jamaican children are being exposed to bad eating habits at school as some of these institutions turn over their canteen operations to fast food companies.

Dawes, who is also senior medical officer at the Savanna-la-Mar Hospital,  was speaking during a recent interview on Power 106 FM.

Dawes says a recent survey shows that about 20 per cent of Jamaican adolescents are overweight or obese.

He says the schools are perpetuating bad eating habits among children.

Dawes notes that 50 per cent of Jamaica's population was obese in 2007 and that number has risen to about 66 per cent at present.

He says that’s a rapid growth in a very short period of time.

He says Jamaica is now in danger of catching up with Trinidad and Tobago, The Bahamas and Barbados as one of the fattest countries on earth.

Dawes says he applauds the ministry of health’s Jamaica Moves campaign, which seeks to get Jamaicans to exercise more, to reduce their chances of developing a non-communicable disease.

However, he says the population also needs to be educated about nutrition.

He says he wants to see certain regulations introduced, such those as restaurants sharing information about the calories in their meals.