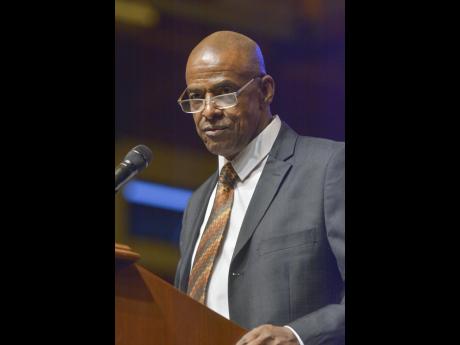 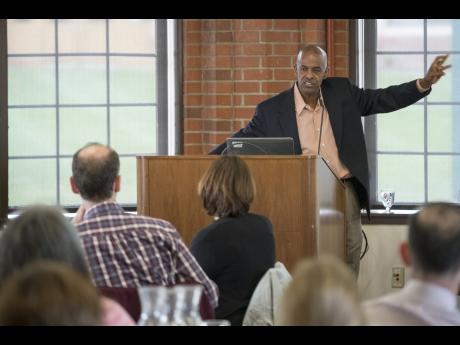 When he takes the stage today to accept the 2018 Martin Luther King (MLK) Jr Community Service Award for Lifetime Achievement, Professor Dexter Barrington Gordon just won't accept in the name of his faithful family and colleagues.

The 62-year-old native of Old Harbour Bay, St Catherine, will also accept the prestigious award in memory of the renowned civil-rights leader whose ideologies began to shape his character decades before he boarded a plane to the United States.

"As a young boy in Jamaica, I was aware that MLK was doing what I knew I wanted to do and felt that any black person or anyone who has a sense of being oppressed needed to do - and that is to deploy all your resources against such oppression," Gordon told The Gleaner.

The lifetime service award is presented each year at the Dr Martin Luther King Jr birthday celebration. It recognises and encourages excellence in community-service activities carried out by an individual, organisation or group whose efforts reflect the essence of King's teachings.

"Next to my parents, who were hardworking fisherfolk, he was my number one role model. In fact, I felt like MLK was a Jamaican, so when I grew a little bit older and began to read, I was thrilled to hear that during some of his most difficult times, he came to Jamaica to regather himself and renew his courage," the St Jago High past student said.

"I was devastated when news came of his death, but his life has continued to influence mine to this day," he added.

Co-founder and director of the Race and Pedagogy Institute at the University of Puget Sound, Gordon receives the award from the City of Tacoma in Washington State after 15 years of fighting racism and rallying locals to seek social justice and fair education for schoolchildren and college students in the city and nationally.

"Dr Dexter Gordon demonstrates exemplary leadership that embodies the values of equity and inclusion, and for many years has promoted and advocated for a campus environment and city that embrace races and cultural differences," read a statement from Tacoma's Events and Recognition Committee.

Upon leaving high school, Dexter Gordon was employed as court clerk at the Half-Way Tree Court.

Thereafter, he served as an air traffic controller for 10 years, during which time he achieved a BA at Jamaica Theological Seminary.

He then received a scholarship, which saw him bound for Wheaton College in Illinois in 1989, where he completed a MA in Communications Ethics.

A PhD in Rhetoric, Culture and African Studies at Indiana University came later, followed by a five-year teaching stint at the University of Alabama.

The father of four would find his calling in 2002, when he was hired by the University of Puget Sound to work on developing the African American Studies programme, an eventual success.

Honoured by the recognition his community has given him for his efforts to achieve an equitable society, Gordon declared that: "I'm bound to continue working until we're able to remove the last vestiges of racism and injustice across the world. Just like my parents did, and just like Martin Luther King did."