Steve Lyston | Are there no Daniels in Babylon? 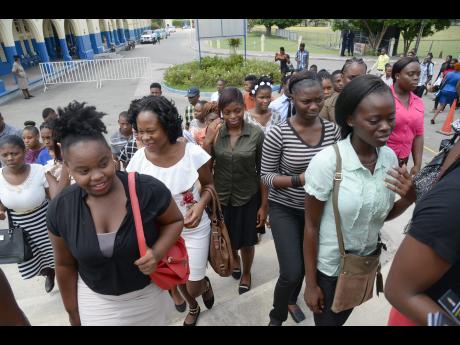 File
2017 file photo Youngsters make their way to the Ministry of Local Government and Community Development Youth Summer Employment Programme at Jamaica College. Steve Lyston says the youth must be prioritised as the nation moves forward. 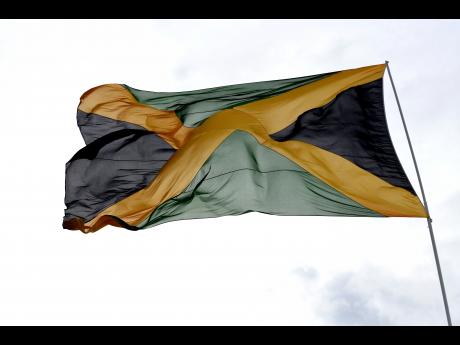 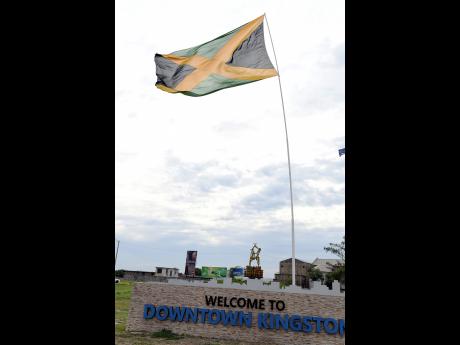 There are no kingdoms or governments that will be able to function effectively without a Daniel.? Daniels are needed to serve within the various areas of the political sphere or within any organisation, because they will bring balance, clarity, insight and the fear of God, which will ultimately bring stability to the governments and nations.

I have seen many leaders - regardless of their good intentions - fall out of favour with both God and the people, because there are no Daniels within the administration.

The Daniels of today will understand the times and seasons and what to do within that particular period. Sadly, many are missing it, and also missing opportunities. A leader cannot even fight crime and violence and win when they don't even know what they are fighting. As I have said many times, the only solution that seems to be forthcoming is the passing of ineffective laws, and oftentimes, laws are not the answers to the issues. In fact, most of these laws make matters worse.

Regardless of the organisation, God never leaves a leader without help or assistance. He always makes a way for them to get help. But they have to discern and know when help comes from Him. God is always speaking in dreams and visions to leaders - whether they believe or not. So it is important for us all to pay attention to the dreams and visions we receive. Thus, one of Daniel's role was to make known the king's demands and determine what God is saying to the king in dreams and visions concerning future events and how they would be affected. And for the king to fully understand what the Lord is saying, it is imperative for him to begin to test or examine his adviser - recognising that some of them are soothsayers and cannot interpret the spiritual mysteries.

Recognise that Daniel was superior to all the fellow advisers surrounding the king. They were living luxuriously - yet they were soothsayers, magicians, wisemen and astrologers. Despite that, they could not make known the king's demands or interpret the king's dreams. Furthermore, God used that scenario to reveal that spiritual counterfeits are in no category with the wisdom and power of the Holy Spirit.

Many who consider themselves well learned or intellectual or theological superiors may be wondering how this article makes any sense. It may not make sense to them now because of what they see and how they think, but it may make sense when the king calls them up to accountability and they can't deliver.

SEEING BEYOND THE NATURAL

If God can use four slaves - with their God-given capacity to administrate and grasp technical concepts and language - to serve within an administration that needed skilful administrative bureaucracy, and allow them to prove to be far superior to their noble counterparts, then the issue is not one of academic qualifications, but one of a willingness to see beyond the natural circumstances and connect on a spiritual level with God for the solutions needed. That is why I always say we should not politicise the problems or think that it takes a political party to solve a problem. Maybe what we need are four Daniel-type men, four active ministries, four focused people, four strategies for growth and job creation and/or four products to enhance the nation.

Everyone must know that the destiny and direction of a nation, regardless of man's plans and agendas, God is the only One who controls those matters. So that even where unscrupulous individuals may want to divert the nation according to their desires, God rules in the affairs of men.

If we as a nation are going to move forward, there are some fundamental things we will need to look past.

We must look past:

And we now have to look at:

- Waste and distribution of resources.

The poor and the youth must be the priorities within the nation.

We need to stop looking at other nations trying to determine how to adopt their systems - their systems are not for us. We need our own systems and we must seek to see the value within. We need to know what we have - as many nations today don't know that.

So even where we hand over our land to foreign entities and ignore its overall value and importance to the nation, we lose tremendous value on every level.

Recognise that to grow a nation requires the stability of the feet - the masses.

We can't be a 'profit-and-loss-only' nation - purpose, direction and empowerment of the people are of utmost value and importance; and oftentimes of even greater importance.