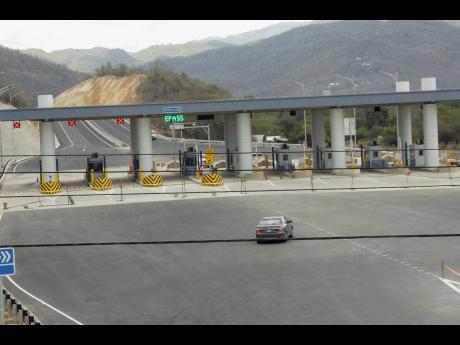 Some user of the North South Highway, which runs from St Catherine to St Ann, will pay more to travel on the toll road.

The new rates will take effect at 10 o’clock on the night of Monday, January 22.

In one case, the rate was higher for one class of user.

Class Three vehicles that use the Angels to Lydford leg of the highway will see their toll rate going up by $200, moving to $2,700.

Highway operators, Jamaica North South Highway Company, says under its concession agreement it was allowed a 16-18 per cent increase in toll rates, but it decided to keep the rates low.

It says US inflation rate and the devaluation of the Jamaican dollar are the main factors that influence increases in toll rates.

The highway company says this means that the cost of the operations to maintain the facility continues to increase.

It further says the company is also challenged by the current economic climate in Jamaica.

It says though faced with these challenges, it continues to do its best to serve consumers.