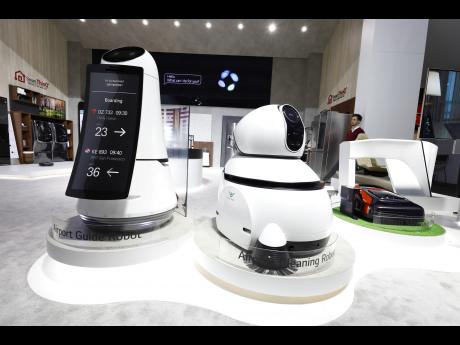 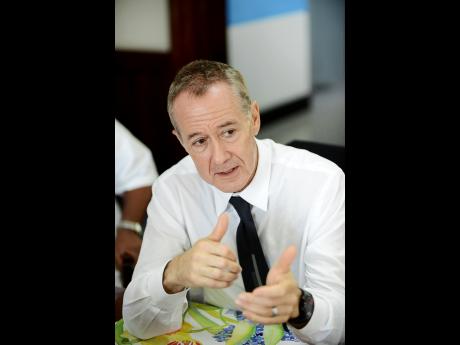 Professor of sustain-able development at the University of the West Indies Anthony Clayton has warned that scores of Jamaicans will be out of jobs when the looming technology revolution leads to an increase in the use of robots and other forms of artificial intelligence (AI) in the productive process.

According to Clayton, he estimates that within the next five to 10 years, the world will begin experiencing the profound effects of whole industries being replaced by robotics and other forms of artificial intelligence, which would signal that the fourth Industrial Revolution will have started to unfold.

Clayton argues that when this takes shape, commodity items will become much cheaper, but countries could be pushed into chaos, and Jamaica, along with other developing countries, will not be spared.

"There are actually a few things that the new robotic and AI systems cannot do faster, more accurately, and cheaper than humans. This includes a lot of service sector activities. Even in medicine, an area you would think could not be automated, there are AI systems now that are more accurate at diagnosing illness than any human being.

"Look at vehicles and the move to driverless vehicles and how many millions of jobs are going to be displaced, and it has already started. A number of countries, including the USA, the United Kingdom, and others are changing their laws to allow driverless vehicles on the roads. Countries are preparing for this new technological revolution," Clayton told The Sunday Gleaner.

"It is a profound revolution. We are, potentially, going into a world where most existing forms of work will disappear. I do not doubt that we will invent new and worthwhile things to do. I am sure that people will be getting paid for doing jobs that do not currently exist.

"For a country like ours, that poses a huge challenge because what are our universities going to be teaching people to do when a lot of the things that you previously would hire people to do will be done cheaper, better, faster, and more reliably by robots and AI systems," said Clayton.

He argues that persons will soon begin questioning the relevance of an education system or the necessity of attending a university since robots and AI systems with broad knowledge bases will become available to them.

"What are we going to educate people for? People go to school to learn basic reading and numeracy skills, but after that, what are people getting an education for? Getting an education is, basically, for them to be absorbed into the employment market.

"AI systems are taking over banking, medicine, and accounting, and we are only at the edge of what these things can do. When you come to university, we try to fill your head with knowledge and understanding, but let's say that you have access to an AI system that gives you instant access to outstanding data analytic services to all of the world's libraries, what will you still need to know at university when you can ask your AI system any question and get an instant answer and get analysis behind it as well? There will be the question of why anybody would go to university when the jobs we used to train people for will cease to exist," said Clayton.

The university professor added that the sorts of jobs that we need to be looking at and teaching in schools and universities are jobs that require a combination of skills that will include analytic skills and social intelligence.

"You will need a combination of networking skills, social intelligence, the ability to manage complex logistics, to analyse problems and the ability to come with creative solutions because the full impact of it all will be felt in 20 to 30 years," argued Clayton.