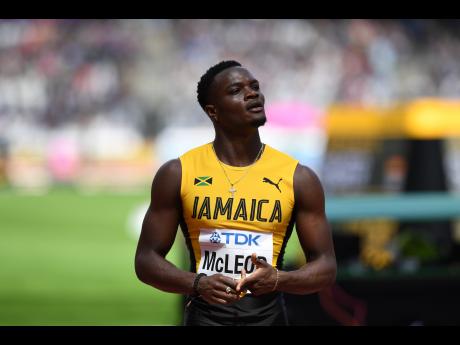 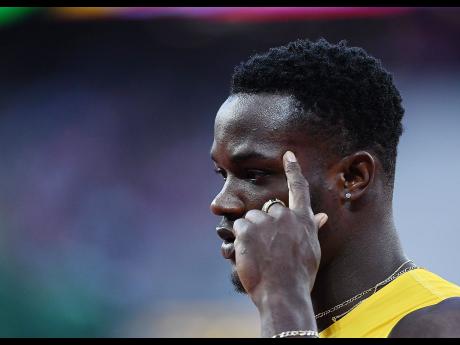 Making big goals
“In the hurdles, my personal best when I retire would definitely be around 12.60. I’m a tentative learner to the sport and I’m still growing.”

High achiever
"At a championships where Team Jamaica seemed down on its luck after a string of disappointing results, it was the 23 year old’s performance that gave the nation its only gold medal."

Never complacent
"Despite all his accomplishments in such a short space of time in athletics, McLeod is still pushing himself to achieve further greatness."

Omar McLeod continued his rise to stardom which saw him becoming the Olympic champion in the hurdles over 110m, in Rio de Janeiro, Brazil in 2016, then repeating the feat as World Champion 12 months later at the IAAF World Championships in London.

At a championships where Team Jamaica seemed down on its luck after a string of disappointing results, it was the 23 year old’s performance that gave the nation its only gold medal, and some inspiration, as he won an event where he was favoured to come out on top.

McLeod started out at Manchester High School and moved to Kingston College, where he started to make his name known under the guidance of coach Raymond ‘KC’ Graham. At the ISSA GraceKennedy Boys Championships (Champs) in 2013, McLeod was dominant in both the 110m hurdles and the 400m hurdles, setting national junior records of 13.24 and 49.98 seconds respectively.

In an interview with IAAF television, he said that this was the moment his confidence in himself grew.

"It may sound like a cliché, but that was the moment I became a huge fan of myself and my talents. It was the lightbulb moment when I knew I had the potential to achieve something great," he said.

"Winning the double at Champs propelled me forward for the rest of my career and to the point I am today. It helped me win a scholarship to attend university in the US, where I would get a degree, break college records and eventually become a professional athlete."

After capturing Olympic gold in 2016, McLeod had said that it put more pressure on him to train hard as the win put a target on his back for his track rivals.

“I’m still hungry,” McLeod told IAAF Tv ahead of last year’s World Championships. “It was a big accomplishment (winning in Rio) but there’s no time for complacency. I’m still growing as an athlete. I get the question a lot in training: ‘You’re an Olympic gold medallist. Why are you still training so hard?’

“It kind of makes it harder because you’re a target now and people don’t understand that. You have to live up to that. People are now training (to beat) you.”

McLeod’s 2016 was also notable for him becoming the first athlete to not only go under 13 seconds in the 110m hurdles, as at the time he had a personal best of 12.97 seconds in the event, but to also break the 10 second barrier in the 100m sprint. There, he clocked 9.99 seconds.

The year which followed saw 2012 Olympic bronze medallist Hansle Parchment, and newcomer to the 110m hurdling scene, Ronald Levy, providing fierce times for McLeod to compete with throughout the season, and this was just on a local level. Internationally, he still had the likes of Sergey Shubenkov, Aries Merritt, Orlando Ortega and others to contend with. McLeod showed he was up to the challenge, retaining his national title, setting a new national record of 12.90 in the process. Levy and Parchment finished second and third in the race respectively.

Despite all his accomplishments in such a short space of time in athletics, McLeod is still pushing himself to achieve further greatness. He said that he has ambitions of competing in other events such as returning to the 400m hurdles and trying his favourite event to watch, the 200m sprint, which he has only ever run indoor, setting a personal best of 20.48 seconds in Fayetteville, Arkansas in February 2017.

One of the changes in techniques he cited as being responsible for last year’s triumph in London, was going from being an “eight step” hurdler to a “seven stepper”. This means that instead of taking eight steps at the start of his 110m hurdles races before attempting the first hurdle, he has gone to taking only seven, much like many of his opponents.

“Finally, I’m down to the seven step,” he shared. “We’ve been working on that in practice, (coming) from the eight step. I think that’s a huge advantage because (in 2016) I think I was the only hurdler ever in a field to eight step. Everybody else was seven step. So, I definitely think taking one less step is an advantage. Now I’m forced to push out the blocks because I’m taking out my weak leg.”

McLeod expects to end his career with what would be a complete shattering of Merritt’s world record of 12.80 seconds.

“In the hurdles, my personal best when I retire would definitely be around 12.60. I’m a tentative learner to the sport and I’m still growing,” he said.

With his determination and talent, not many would laugh that ambition off as a mere pipe dream.