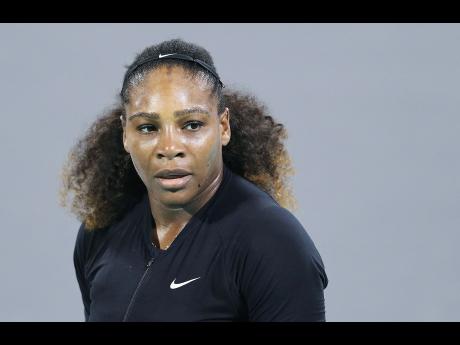 AP
Tennis star Serena Williams has been a regular victim of racisim.

Racism and classism, especially in the workplace, have hindered many from upward mobility and promotion and has also hindered a significant level of growth and development within the nation.

No one is born a racist - racism is taught. Furthermore, it is not just about the colour of one's skin, it includes one's ethnicity and even culture.

Many may want to make it seem as if it is about the whites against blacks, but there are many black racists that exist as well. However, despite all that, what God wants is for there to be forgiveness on both sides of the proverbial fence so that all can move forward to achieve greater.

Racism and classism are issues of the heart, and civil rights statements and actions will not solve it. This is something that only God can fix through the willingness of those involved to move past it all.

It starts with us as individuals. Many times, persons will quickly cry out racism while they themselves practise classism. The schools they attend embed it in their minds and each person is taught from an early age the tenets of classism and, ultimately, racism.

The results of this play out in crime-fighting. There is a tendency to more readily raid the inner-city communities while they turn a blind eye to some of the real culprits living in the hills. So ultimately, people are treated well (or not) based on the colour of their skin and their social status. It is even affecting the electoral process - so candidates are presented in different areas based on the colour of their skin.

Many times, those within the corporate circles struggle for upward mobility; and with all their qualifications and hard work, they are overlooked for promotion in favour of someone else because of the colour of their skin or their last name.

Sadly, this even evident in church circles, where a dark-skinned pastor would be assigned to a community/parish where the persons in the community are lighter-skinned and he/she is rejected or mistreated based on that issue. To this day, some can't sit at the front of the church or in a certain row or bench if they don't have a certain last name or are not a certain race.

The recent exposure of the slavery of blacks in Libya garnered the silence of nations. There was no general outcry by the nations against it - nothing. But I guarantee they would cry out against issues that are of little to no impact on the growth and development of a nation.

One's colour, social status or sexuality should never be used as qualifying factors for a person's promotion. If we want to see equality and fairness in the distribution of resources and opportunities within a nation or organisation, then these demons must be dealt with and this issue corrected, because all of this is a threat to true democracy.

Even within the Church, I have noticed that there are many single people who want to be married but are hindered by what they have been taught - that they should look for a certain colour, hair type and so on. So when the right person comes, because of their prejudices, they often push them away.

Every form today that we fill out requires information on each person's ethnic background. Why is this really relevant?

Every sector is significantly affected by racism and classism - entertainment, sports, media and finance, to name a few. Recently, Serena Williams and Jennifer Hudson had their share of this issue. Persons thought that the house she owned belonged to her white driver and that she was the helper. Even President Obama was once mistaken for a chauffeur.

Many black doctors are discriminated against. Furthermore, these days companies have what is called an 'at-will' contract, so that if they want to let you go on the basis that your skin colour is not in keeping with the expectations/desires of the clientele, they can let you go instantly.

God has the cure

Racism and classism is affecting people so much that they are losing their identity in order to fit in. So skin-bleaching, make-up and hair extensions are the order of the day and those facilitating industries are making billions in revenue.

Acts 10: 9 - 16, Galatians 3: 28 and James 2 reveal that racism and classism existed then, too, and God did not like it then and He doesn't now. God even afflicted Miriam, Moses' sister, as a result of her racist statement.

It is time for us to purge these issues from among us so we can move forward, and it can only come about when we ask the Lord God for a new heart.