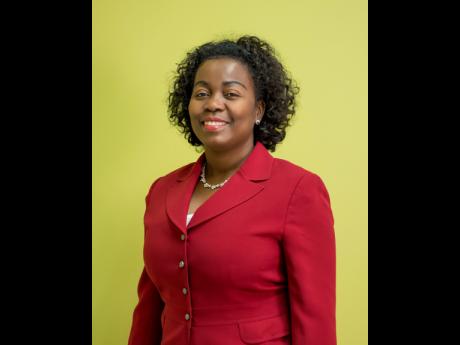 Despite her service to the region over the years, Gloria Henry, the Port Authority of Jamaica's assistant vice-president in charge of operations and customer relations at the Montego Bay Free Zone (MBFZ), never expected her work could ever make her a recipient of a Gleaner Honour Award.

"There are times when, during conversations, individuals would state their appreciation for the impact of my work over the years, but never would I have expected to be recognised with such an award," Henry said. "It was a pleasant surprise, as I just do my job. I am truly humbled to be named among so many great Jamaicans who have received a Gleaner Honour Award."

Henry, who is being honoured for her leadership in the economic development of western Jamaica, has spear-headed the transition of the MBFZ from a manufacturing industrial estate into an ICT-focused enclave to support the business process outsourcing (BPO) industry.

For 2017, all the major indices for the free zone recorded significant growth. Employment moved from just over 3,000 who were directly employed to over 8,700, with another 3,000 indirectly. Foreign exchange earnings also grew from about US$26 million to over US$137 million.

Under Henry's watch, the MBFZ has moved from 46 per cent occupancy in 2005 to being fully occupied today.

Not only was she instrumental in the preparation of a development plan for the MBFZ, but also one for the Portmore Informatics Park. Funded by the Government, the implementation of the plan commenced with the development of 63,000 square feet of space in Montego Bay and 157,000 square feet in Portmore.

The Montego Bay building, which is nearing completion is already committed to new companies which will be creating about 2,000 new employment opportunities."This is expected to springboard other developments in BPO within Montego Bay and the Montego Bay Free Zone," said Henry. "Also, the campus in Portmore is going to be a modern campus that will be leading the growing trends in BPO campuses globally."

Henry has more than 24 years of experience in several areas of businesses, including administration, public sector management, banking, corporate services, strategic leadership and project management. She worked for 11 years with the Development Bank of Jamaica in various capacities, where she served the western region and coordinated critical multimillion-dollar projects for the restructuring and development of several rural financial-services institutions.

She is the immediate past president of the Montego Bay Chamber of Commerce and Industry, where she made significant impact during her two-term stint, such as establishing the Business Leaders Wall of Fame; initiating the MyMobay campaign; and championing the need for a bypass road for Montego Bay.

Henry successfully pressed the authorities for more garbage trucks for Montego Bay; staged an 'invest MoBay' forum, which highlighted key areas of growth for the further development of the economy of Montego Bay; lobbied for a full-service branch of the Companies Office of Jamaica, which was opened in 2016; and has continued to champion the need for the establishment of an agro park in Montpelier, St James.

She is the current president of the Business Process Industry Association of Jamaica, and has been playing a significant role in developing the policy to support the BPO industry at the national level.

Guided by the Rotarian motto 'Service above self', Henry has been a constant presence on several boards in the private and public sectors as she continues to pursue her dream of seeing western Jamaica become the hub of commercial activities in Jamaica.