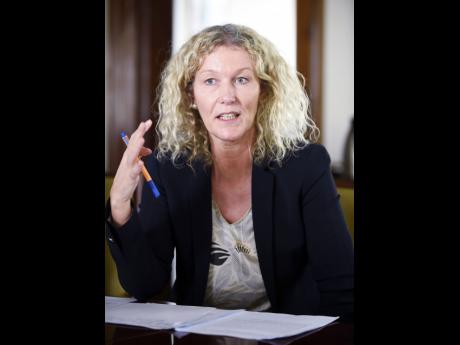 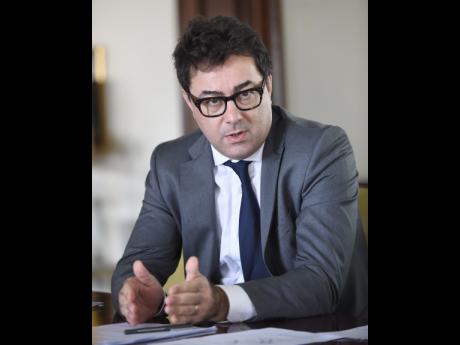 European Union (EU) officials have downplayed concerns over the slow pace of the Programme for the Reduction of Maternal and Child Mortality (PROMAC), which is now almost one year behind schedule.

The EU made its largest single investment in the country's health sector in 2013, when it pumped €22 million (approximately J$3 billion) into the PROMAC.

Under the programme, the Jamaican Government was given 48 months to improve newborn and emergency obstetrics by establishing 11 high dependency units (HDUs) in six hospitals across the island.

Several aspects of the project are yet to be implemented, sparking fears in health circles that the EU could be upset over the pace of implementation despite its decision to allow an extension to 84 months.

But addressing a Gleaner Editors' Forum last Friday, head of cooperation for EU Jamaica, Richard Bardia, said they are trusting the "country's system" to complete the project.

"The big bulk of the budget towards this programme is related to work," said Bardia.

"For a number of reasons, there has been a delay in a tendering procedure for the work contracts, but those have been successfully tendered last November and they are going to start the work in May," added Bardia.

Late last year, coordinator of PROMAC, Dr Simone Spence, explained the delay in the implementation, as she argued that the programme was charting new territory in addressing the significant challenges of child and maternal mortality in Jamaica.

"With five major components, the project is both complex and multidimensional, requiring ongoing consultation and collaboration among all participants to ensure achievement of implementation targets," said Spence.

PROMAC is the last major injection into Jamaica's health sector by the EU, and the area is not among those slated for priority attention during the current project period which started in 2014 and runs to 2020.

"We try to define areas where we can have an added value as the European Union. We try also to ensure that we look at synergies and complementarities and division of labour with other donors who are present in the country to avoid overlaps and duplication," assistant to the director for Latin America and the Caribbean at the EU, Caroline Adriaensen, told the forum at the Gleaner's North Street headquarters.

"We define at the beginning of each programming period with the country in which sectors we will be active for Jamaica. The sectors that have been defined for the period 2014 to 2020 are climate change and environment, justice and public finance management," she added.

Adriaensen was part of a high-level delegation from the EU, headed by director general for International Cooperation and Development in the European Commission, Stefano Manservisi, which visited the island to hold regional and bilateral talks last week.