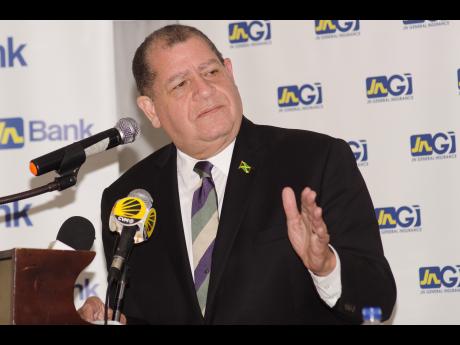 As suggested by the theme of the conference, 'What does it take to take the profit of crime', you will hear during the course of the next two days that it certainly requires a number of things to achieve this objective.

We have to look at key things, such as:

1. Partnership: The FID has joint cases with a number of partners, including MOCA, OCG, RPD, and has collaborated with the US Marshals Service, the UK Crown Prosecution Service, the Canadian Royal Mounted Police, among others. These are areas that we want to strengthen.

2. Perseverance: The FID has had to take several cases to the appeals courts, including the Judicial Committee of the Privy Council, and has successfully sought judicial review of several adverse decisions. It has also revived and refiled cases after being rebuffed by the courts as a result of procedural issues. Indeed, the expertise in the area of Proceeds of Crimes is not built overnight. The FID has made its share of mistakes and it is learning from them in an effort to streamline its own processes and procedures.

3. Skill and research: Success requires proper investigations, strong advocacy and an even stronger grasp of the evidence and legal principles. We want to also look at strengthening this.

4. Patience: Regrettably, cases in Jamaica take way too long to reach a final adjudication. Taking a case to trial can take between five to seven years and, unfortunately, even after the arguments are closed, litigants can wait as long as three years for a judgment. The relevant ministry has earmarked several initiatives to improve this.

5. Resources: A complex money-laundering investigation can be time-consuming and costly. Expert witnesses for cyber-forensic evidence or handwriting evidence have to be paid, witnesses from out of the jurisdiction have to be visited for statements to be taken, and further costs incurred to bring them to trial in Jamaica. An example of this was seen when the FID had to retain attorneys in South Africa to serve documents in relation to a US$650,000 cash seizure. So, it is not an easy process.

The FID sits at the centre of the Government's efforts to 'Take the Profit out of Crime'. The National Security Policy points out that the removal of the profit from crime is a key objective in the tackling of both transnational and domestic organised crime.

Additionally, the Economic Growth Council's goal of improving citizen security and public safety also points to measures for taking the profit out of crime.

Career criminals are not in the business of trafficking narcotics or extortion per se, they are in the business of making money. Most successful career criminals are adaptive, flexible, and ready to switch into more lucrative forms of crime. This is why it is important that we aggressively adopt measures and practices that lead to the removal of the profits that they accrue from these criminal activities.

We have already seen measures implemented, such as changes to the Companies Act to incorporate the retention of beneficial ownership, information and designation of certain professions as reporting entities under the Terrorism Prevention Act.

We have also seen the passage of the National Identification System Act and the development of a system for the capturing of statistics relating to court cases at the Parish Court, Supreme Court and Appellate levels.

We will also see, in short order, the Micro-Credit Bill and amendments to the Companies Act and Trusts Act, as additional steps by the Government to improve our fight against crime and those who profit from it.

The FID was formed in December 2002 and celebrated its 15-year anniversary last month. We have taken the decision that it should become a department of government, which will afford it greater autonomy and independence.

At the same time, we have also decided that a portion of the civil recovery proceeds obtained by the agency can be used directly by them to fund projects within the FID that will now allow them to build capacity and meet their objectives.

The Government of Jamaica will also be introducing a wider Asset Recovery Incentivization Scheme (ARIS), jointly through my ministry, the Ministry of National Security and the Ministry of Justice. This system will see some of the proceeds of the sale of forfeited assets that are recovered by way of criminal forfeiture allocated to improve the justice system, whether law enforcement, prosecutors or the judiciary.

This is intended to encourage those involved in the investigation and prosecution of acquisitive crime, to consider the financial and confiscatory aspects of the criminal activity and to take steps, with the involvement of the FID, to go after the assets as well.

It is full time that criminal property be taken away from criminals in a very public way and put to the public good. Currently, the division is administering almost $3.2 billion in restrained and forfeited property and assets. I will be carefully monitoring the performance of the agency to keep abreast of the results as we continue to apply pressure on the criminal elements in our country.

So, to answer the question: 'What does it take to take the profit out of crime?' It takes persistence, collaboration, partnership, information sharing, research, skilful advocacy, courage, diligence, tenacity and patience, and don't forget - integrity.

It also requires funding and the requisite legal powers to ensure that the relevant tasks can be undertaken.