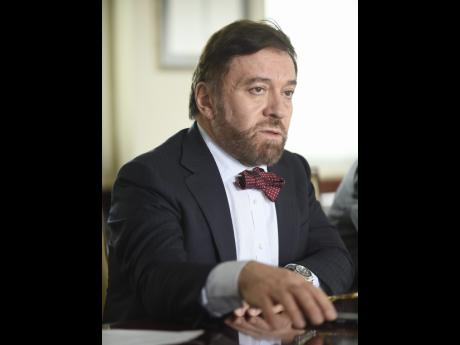 Caribbean States and the European Union (EU) are preparing to begin negotiations for a deal to replace the Cotonou Agreement, which comes to an end in 2020, and the region appears ready to speak with one voice about priorities going forward.

Signed in June 2000 in Benin's largest city, Cotonou, and revised every five years, the Cotonou Agreement was between the EU and African, Caribbean and Pacific (ACP) nations was designed to establish a comprehensive partnership with three pillars namely development, political, and economic and trade cooperation (for the period 2000-2007).

Domenico Rosa, head of Strategic Partnerships Unit for the EU and ACP nations, told a special Gleaner Editors Forum last Friday that consultations have been had with countries in the region and they have expressed areas of priorities, post Cotonou.

"There is 100 per cent convergence on what the Caribbean sees as the priorities. These include climate change, human development, fighting against criminality, drug and human trafficking, human security, and the creation of economic opportunity for youth. I think there is a broad convergence in terms of the objectives," said Rosa.

"The regional dynamic will be much more prominent in the new agreement. I think that it's time for the region to start thinking about how they can organise themselves, not only of positioning the region in the new negotiations, but to organise practical negotiations within the EU and ACP group," added Rosa.

He said the new agreement will be political, while all the benefits under the Economic Partnership Agreements (EPAs) remain.

"(The EPA) is one of the most comprehensive agreements with the EU that is not only dealing with goods but services. They are trade-related issues such as intellectual properties, and so on.

"The new agreements for the time being are ruled by the EPA partnership agreement. Even if the EPA has connection with Cotonou, the expiring of Cotonou will not create any problems for further implementation of the EPA with the Caribbean," noted Rosa.

He said there was a clear post-colonial shift from a one-size-fits-all agreement, as the region was having a greater say in the proposed new agreement.

"We are doing our job on our sides, but I think that with the Caribbean region, the time to start thinking together with the other region but also internally about how they would like to see their relations with EU post 2020," he advised.

Last December ,the EU presented a proposal for negotiations for the new agreement. The proposal was sent to member states, which are currently being discussed and a mandate for a new agreement with the ACP group in May 2018.