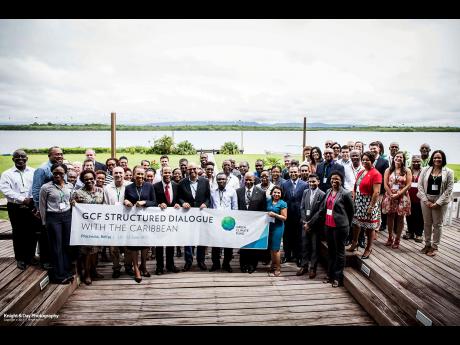 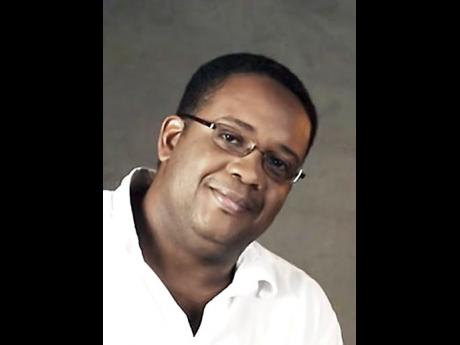 GREEN CLIMATE Fund (GCF) consultations in the Caribbean have found that the destructive hurricanes to affect the Caribbean last year is adding urgency to the regional effort to enhance climate resilience.

So says the GCF in a December 24, 2017 article published on its website.

“Meetings with GCF partners in Antigua and Barbuda, Dominica, Barbados, Grenada, and Haiti have shown that progress is being made across weather-beaten Caribbean countries to coordinate their activities in addressing climate change,” the article reported.

“This includes the further development of the Regional Proposal for Caribbean Management of Climate and Disaster Risks, a key outcome of the GCF Structured Dialogue focusing on the Caribbean held in Belize in June,” it added.

This regional proposal, led by Grenada and Antigua and Barbuda, is accessing GCF resources to enhance climate resilience across the region and includes increasing the coherence of climate action among different Caribbean countries across various agencies and sectors.

“During the 10-day series of meetings which wrapped up on 19 December, GCF staff spoke to a broad range of Caribbean partners, including accredited entities, national designated authorities and private sector leaders,” the article noted.

Last year’s extreme hurricanes, including Irma and Maria, left several Caribbean islands reeling as they came face to face with the deaths of members of their population and billions of dollars in damage.

This is even as they were forced to contemplate the prospect of similar events in the future.

Jamaican climate scientist, Professor Michael Taylor has warned that the hurricanes could signal the start of a new climate regime.

“We seem to be entering into a new climate regime and we have to quickly begin to reckon with it. It is the regime of the extreme – extreme drought, extreme hurricane, and extreme rainfall events. We are not used to dealing with this constant onslaught of extreme and so we need to think about it carefully," he told The Gleaner last September.

“We need to build resilience … at different levels – individual, community, national and regional – to take and influence actions to adapt to climate change,” he said, adding that there are opportunities during post-disaster rebuilding to introduce low-emission infrastructure, such as renewable energy and energy efficiency interventions.

At the same time, hailing GCF’s country-led approach to climate finance, James reportedly said it is necessary to “ensure that local climate action investments are driven by country priorities and are country driven.”

A key theme of the GCF talks was the need to ensure finance reaches the grassroots to support mitigation and adaptation, including locally based climate-resilient projects.

The fund has committed to help this initiative under the leadership of Grenada, which is promoting the establishment of the world's first climate-smart zone. GCF assistance includes supporting long-term, transformative investments in the Caribbean and for capacity building and pre-feasibility studies for the proposed First Climate Resilient-Smart City in the Grenadian capital of St George’s.

In addition to USD 102 million in approved GCF funding for the Caribbean, regional projects in the GCF pipeline for funding consideration amount to more than USD 500 million.

Ayaan Adam, director of GCF’s Private Sector Facility and GCF delegation head, said the Caribbean meetings will help push climate finance plans in the region into proposals that GCF can implement in 2018.

“We have been encouraged by the enthusiasm of the Caribbean public and private sectors and civil society to come together and respond positively to the destructive forces of climate change,” she said.