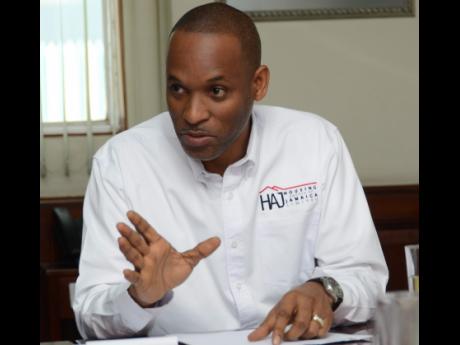 Managing director of the Housing Association of Jamaica (HAJ), Gary Howell, estimates that more than 20,000 residents in St James are living in informal settlements, with some just a stone's throw away from all-inclusive hotels in the tourist capital.

"Norwood alone accounts for about 7,000. When you add Flankers, which is beside it, that is another maybe 2,000 or so. When you go around Granville, Retirement, you are looking at in excess of 2,000 or 3,000 thereabouts, and when you come back out on the main road on the elegant corridor, right across from Iberostar, you have Barrett Hall, Grange Pen and Lilliput, that is in excess of 4,000," added Howell.

There were an estimated 700 informal settlements in Jamaica up to 2008, and Howell said the HAJ has been actively involved in regularising a little over 100 of these.

"We as a country has facilitated squatting rising to the level that it is at and now we are trying to cauterise it and to manage it," lamented Howell.

"When you look at some of these communities, you can't really move the people again, so you have to try to put in the basic infrastructure: roads, water, light, sewerage," he added.

Howell said the HAJ has conducted demolition exercises over the years to halt efforts to establish informal communities, but residents are generally given prior notice before the structures are demolished.

According to the HAJ boss: "We would have warned them before not to go any further, then next, we serve them a 21-day notice or a 30-day notice in some instance, then after that, we do a demolition notice, so we give them adequate time."

He noted that it is ultimately the responsibility of the municipal bodies to monitor buildings in each parish.