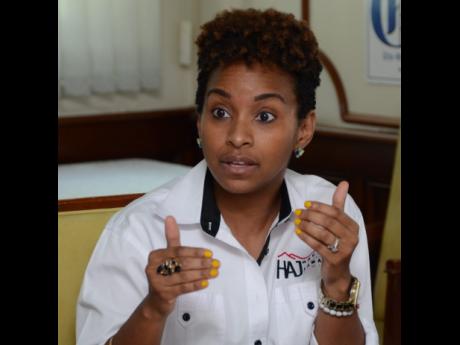 Poor informal communities across Jamaica tend to feature heavily as crime hotspots, but the Housing Agency of Jamaica (HAJ) says it has been doing its part to make some of these areas safer.

Managing director of the HAJ, Gary Howell, named the communities of Flankers in St James and Portmore Villa in St Catherine among those that have seen reductions in crime due to its intervention.

"There were no roads to and from Flankers, and I remember one police superintendent at the time saying it was one of the most difficult areas to police. In 2009, we went there and put in some roads," said Howell at a Gleaner Editors' Forum last Wednesday.

He said the police reported at least an 80 per cent reduction in crime in the area after the roads were put in.

"I remember Portmore Villas, before nobody wanted to go over there, everybody said is just gunman who used to live over there ... we put in the roads and built a few houses and government workers bought in. It is now a totally different community," added Howell.

The HAJ boss said through changing the 'landscape' of such communities, more working-class persons have opted to live in these areas, and that has impacted the levels of crime.

Another part of the strategy, he said, is ensuring that persons from a mixture of professions, including the security forces, occupy the spaces.

In the meantime, project development analyst at the HAJ, Nakia McMorris, said the agency has been redesigning some communities with safety and crime prevention in mind.

"The violence in informal communities is higher because of how these areas are designed, and because of a lot of psychosocial issues that exist there," said McMorris.

"Quite frankly, I wish I could just break up communities so that they become more mixed and that the centre of poverty wouldn't be there," McMorris told the forum.

Housing boom planned - More than 8,000 starts promised for the next fiscal year
Editors’ Forum | Outlet for UTech - HAJ offers work experience, internship and jobs to students
Unfortunate and unprofessional - Former HAJ managing director blasts board over dismissal of his management team
'Carnival of overspending' at HAJ