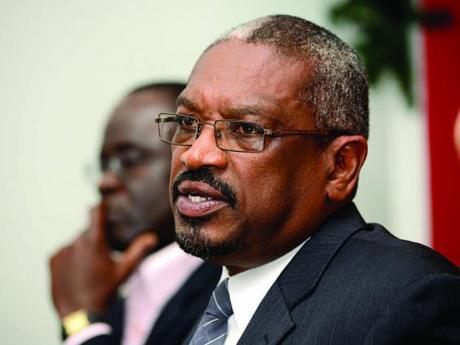 The project is expected to create 600 direct jobs, 1,000 indirect jobs during construction and an estimated project cost of over US$4 billion.

“My Government has recently completed negotiating the Heads of Agreement which paves the way for the commencement of this important project,” said Minnis in Parliament on Wednesday. “This Heads of Agreement articulates how this development can proceed.”

“We are on the road to revitalising both Grand Bahama and the entire Bahamas.”

“I am advised that Oban Energies Management team has been involved in large energy infrastructure projects around the world and brings over 30 years of large, complex construction experience. Oban Energies has further advised that the first phase of the project will consist of four million barrels of fuel storage, a harbour, and deep-sea loading docks to service large vessels; and the construction of a 50,000 barrels per day refinery.

“In addition, Oban will build [an] up to 20 million barrel liquid bulk storage facility and a 250,000 barrel per day refinery. The oil refinery has an estimated project cost of up to US$4 billion and the terminal has an estimated cost of US$1.5 billion.

“This is a very significant development for Grand Bahama.”

Pointing specifically to some of the aspects of the Heads of Agreement, Minnis noted that the developer will contribute funds in the sum of US$100,000 per annum to be used for community projects and development of East Grand Bahama.

The Agreement also calls for the establishment of a local Advisory Board who will determine the use of those funds and shall be comprised of four mutually agreed persons to both the government and the developer.

“Such payment shall be made by the date – that is 12 months after the commencement of construction of the terminal and/or oil refinery,” said Prime Minister Minnis.

“The Developer will use commercially reasonable efforts to use Bahamian materials, Bahamian professional services and other Bahamian services in connection with the implementation of the development plan.”

Another aspect of the Agreement stipulates that the Developer shall operate with the Government to put in place and sustain during the course of the development multidisciplinary on-the-job technical skills training and apprenticeship programs, designed to equip the developers’ Bahamian employees with a level of technical proficiency, reasonably necessary for the promotion and advancement. And shall render reasonable, periodic assistance towards curriculum development at the University of The Bahamas.

“I think that this is great news for The Bahamas and the country will see more to come in the coming weeks,” the Prime Minister said.