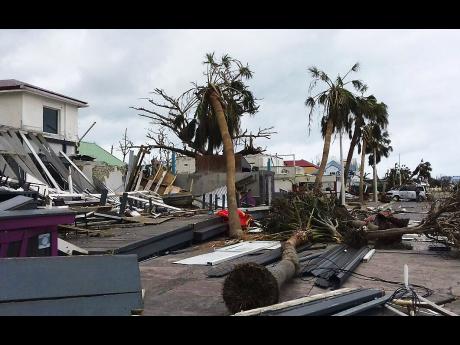 CLIMATE CHANGE and rural poverty are among the main issues to be looked at the upcoming 35th regional conference of the Food and Agriculture Organisation (FAO) of the United Nations, to be held in Montego Bay next month.

The conference will begin on March 5 and run until March 8 at the convention centre in the second city.

"Agriculture ministers from all of FAO's 33 member countries in Latin America and the Caribbean will come together in Jamaica to set the organisation's priorities for the next two years," the entity said in a news release.

"The meeting will be attended by FAO's director general, Jose Graziano da Silva and Ministers of agriculture, education, social development and environment from the region," it added.

This year's conference is said to be of particular importance since it is the first time in decades that hunger is on the rise in Latin America and the Caribbean, "reaching 42.5 million, while obesity affects 96 million people".

"The FAO conference is a unique opportunity for countries to call for an immediate and large-scale push, without which the region will not be able to reach the second Sustainable Development Goal: zero hunger by 2030," the FAO noted.

At the same time, rural poverty reduction has reportedly declined in the region.

Currently, more than 20 per cent of rural inhabitants are reportedly unable to afford a basic food basket while thousands migrate to and from countries, escaping violence, lack of opportunities, poverty or environmental risks.

The conference is to respond to this by allowing countries to share public policies that increase the pace of rural poverty reduction.

Meanwhile, the FAO has said Latin America and the Caribbean must produce more, while reducing greenhouse gas emissions and developing sustainable practices to adapt production systems to new climatic conditions.

The Caribbean, for example, faces climate risks, including sea level rise and an increase in extreme weather events, such as extended droughts and category three through five hurricanes.

Such events, as experienced in some islands during the last hurricanes season, could undermine agricultural livelihoods and significantly impair entire economies.

"The regional conference will allow countries to promote a fully sustainable agriculture, resilient to climate change and better prepared to face natural disasters," the FAO said.