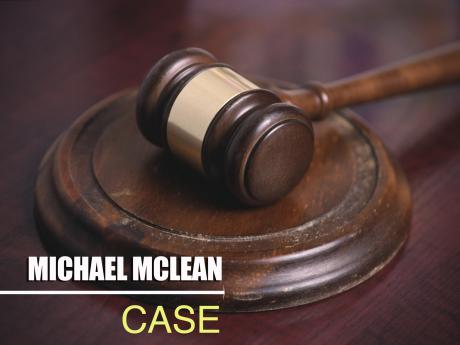 Prosecutors today closed their case in the murder trial of Michael McLean, the man accused of killing four children and two women in St Thomas in 2006.

The trial was, however, adjourned early as McLean's attorney, Carlton Colman indicated in the Home Circuit Court that he was unable to commence the case for his client.

McLean is on trial for killing his girlfriend, Terry-Ann Mohammed, her son, Jessie O'Gilvie, as well as her aunt Patrice Martin-McCool, and her children, Lloyd McCool, Jihad McCool and Sean Chin on February 26, 2006.

The decomposing body of Jihad McCool was found in a shallow grave in St Mary a week after the killings and a post-mortem examination tendered as evidence in the case has indicated that he was suffocated.

Four of the other victims were found along the Prospect Beach in St Thomas and their throats slashed while Mohammed was found in bushes in Needham Pen, also in the parish with burns all over her body.

A total of 12 witnesses gave evidence for the prosecution.

One of the main prosecution witnesses, retired Assistant Commissioner of Police Granville Gause testified that McLean led investigators to the spot where the body of six-year-old Jihad McCool was found.

Gause testified that McLean voluntarily offered to lead detectives to the body in the presence of his then attorney.

The trial continues on Monday.