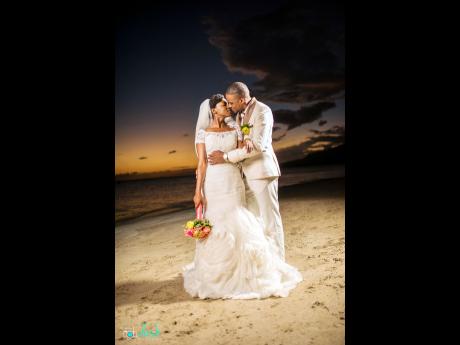 Jordache Jones
Sealing it with a kiss. 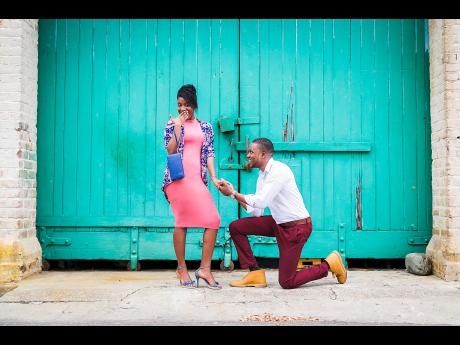 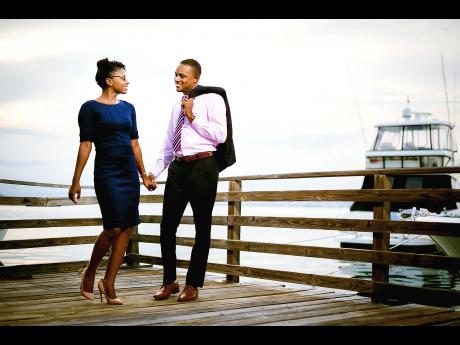 "Seek ye first the Kingdom of God, and His righteousness; and all these things shall be added unto you."- Matthew 6:33

Love is a beautiful thing, especially when done the godly way.

The story of affection shared between AndrÈ Taylor and Jody-Ann Ingram, though not without its own antagonist, is one that is pure, untarnished, and as true as God had intended.

Jody-Ann recalled the first time she laid her eyes on her then soon-to-be love of her life.

"It started out as admiration when I was eight years old. It was his worship that drew me to him. I saw him worshipping with tears flowing down his cheeks," she said of Taylor, who was 10 years old at the time.

Jody-Ann told Family & Religion that she wanted what he had, so she stared at him in awe, telling herself that she wanted to become his best friend, not because of an intimate attraction as they were too young at the time, but because of the love for God that she saw in him.

As hoped for, the two soon became great friends, bonding through various church activities, and according to her, they began growing together in God and, seemingly, in love.

"It started growing from admiration to love, something I knew I shouldn't be experiencing so young, so I prayed a specific prayer: 'If he's not to be my husband, please take this feeling away'," she said.

It's been a little over two months since the happy couple tied the knot, and they have never been happier.

"We've been friends for as long as I remember. Words can't express how much she means to me. In fact, I can't see myself living without her," said AndrÈ as he grinned from ear to ear.

"I remember the first time we expressed how we felt about each other. It was somewhat of an indifferent feeling because I didn't know true love existed. Over the years, our friendship has grown to a level; it's more than an intimate attraction, it's like our hearts are tied together, like we are one. I can't believe we are finally married, though people would always say we were going to. We love each other. We are both God-fearing people and we couldn't hope for a better union - December 2, 2017, the day my life began," he said.

Reminiscing on the days leading up to the wedding, Jody-Ann admitted that she could hardly wait for the ceremony to come so that they could go on their honeymoon.

Having done all that, the two are very hopeful about their future: "We have many hopes, but the most important is to keep Christ at the centre of our union. We also hope to always stay true to our vows, to have some cute, healthy babies, and to never let our love depreciate."