The mark of the beast – fact or fiction? 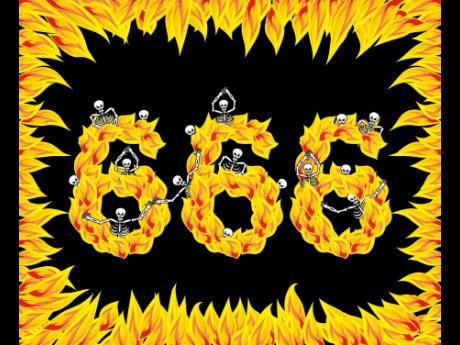 The mark of the beast has been one of the most discussed and yet quite misunderstood subjects in the Bible.

Is it a computer chip that will be inserted or a number that will be required to do trade? The lack of understanding surrounding this future happening, which is highlighted in Revelations 13 and 14, is often misinterpreted, and in a lot of cases, it has caused many to use current events to assume it is the beginning of the process leading to the mark of the beast.

Many churches have their theories on what this 'beast' will be, with some making the cry that the National Identification System is the beginning of what will eventually take place.

But is it really?

Pastor Christopher Murray of United Deliverance Centre Ministries International describes the mark of the beast as a seal for the followers of the Antichrist and the false prophet (the spokesperson for the Antichrist).

"The false prophet (the second beast) is the one who causes people to take this mark. The mark is literally placed in the hand or on forehead and is not simply a card someone carries. The mark of the beast will be an end-time identification required by the Antichrist in order to buy or sell, and it will be given only to those who worship the Antichrist," he shared.

For the alarmists, this "reign of terror" will not happen until God has taken his people out of the picture via the 'rapture' - a term that Murray says is not mentioned in the Bible.

"Rapture comes from a Latin word meaning "a carrying off, a transport, or a snatching away". The concept of the 'carrying off' or the rapture of the Church is clearly taught in Scripture," he shared, pointing to 1 Thessalonians 4:13-18 and 1 Corinthians 15:50-54.

In this event, Murray said that all those who have died in Christ will be resurrected and receive glorified bodies and take them from the Earth, along with all living believers, who will also be given glorified bodies at that time.

"For the Lord Himself will come down from Heaven, with a loud command, with the voice of the archangel and with the trumpet call of God, and the dead in Christ will rise first. After that, we who are still alive and are left will be caught up together with them in the clouds to meet the Lord in the air. And so we will be with the Lord forever." (1 Thessalonians 4:16-17).

Following this event, Murray said is when the great tribulation will begin - also a time when the Antichrist will be revealed. He will be the one who will cause persons to take the mark of the beast as no form of business or trading will be conducted without this mark.

Commenting on the number for the beast, Murray said that for centuries, Bible interpreters have been trying to identify certain individuals with 666.

"Nothing is conclusive. That is why Revelation 13:18 says the number requires wisdom. When the Antichrist is revealed, it will be clear who he is and how the number 666 identifies him," he said.

Murray observes that a number of Christians are not knowledgeable about the mark of the beast, but he said the great news is that those who have accepted Jesus Christ as their Lord and Saviour have already received His seal, which is the Holy Spirit.

"In Him, you also - when you heard the word of truth, the gospel of your salvation, and believed in him - were sealed with the promised Holy Spirit, who is the guarantee of our inheritance until we acquire possession of it, to the praise of His glory." (Ephesians 1:13-14)

So real Christians have little to worry about if they are living sold-out lives for God as they will not be around to deal with all the horrors and tribulations that will take place during this terrible time, which will see the last remnant being saved if they refuse to take the mark of the beast.