Something better than lotto 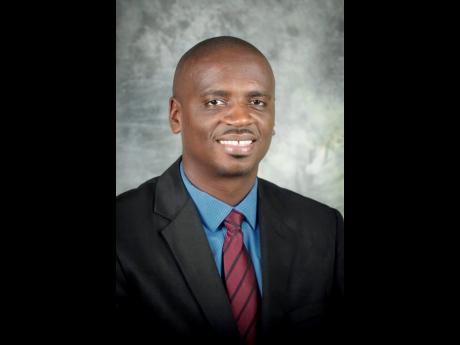 Servants of God are charged to go beyond the walls of a building and take the message to the streets, as it is said that the Lord will not put in His appearance until His message reaches all the corners of the earth.

Communications director at the Central Jamaica Conference of Seventh-day Adventist Churches, Pastor Damian Chambers, is one such tasked servant of God, and Family & Religion will be sharing a few of his sermons from his 'Homeward Bound Crusade' in the community of Ellen Street.

Quite a number of persons wish they had the opportunity to not work and live comfortably from a possible lotto jackpot. Though their chances are extremely thin, some will spend their last dime on a ticket to their dreams.

But according to Chambers, what if that effort were transferred to loving and obeying Jesus? Would the outcome not be different? Would they not be happier?

"Happiness is one of the greatest pursuits of the human heart. It is one of the reasons why those who are single desire to be married because they think marriage will make them happy. It is the reason some people will spend all they have to get a visa to the land of America."

He added: "The Bible tells us of one person who not only desired happiness in these things, but he had it in abundance. The book of Ecclesiastes, chapters 1-12, tells us about King Solomon. The Bible tells us that he did many things to try to make himself happy from the wealth that he had amassed. He had many building projects; he had many reservoirs of water; he had male and female slaves; he had much silver and gold; singers; 700 wives and 300 concubines. Solomon said, 'Whatever my heart desired, I did not restrain myself from it'."

Chambers revealed that according to researchers who calculated Solomon's wealth, he would have an annual income of US$709 million and a net worth of US$40 billion.

"You would think that these things made him happy, but at the end of the day, he said this: 'Whoever loves money never has enough, whoever loves wealth is never satisfied with his income'. This too, he says, is vanity and vexation of the spirit. Despite all he had, he came to the conclusion that all is vanity."

But true happiness can only come from the love and knowledge of Jesus Christ and what He is able to do in your life, Chambers said.

"I am happy that before Solomon died, he found the formula for happiness, and at the concluding point of Ecclesiastes, Solomon says, 'Hear the conclusion of the whole matter, fear God and keep His commandments, for this is the whole duty of man'. The centre of happiness is that we should be at peace with God, peace with our fellowmen, and harmony with God and His commandments."

But what causes us to be happy with the things we seek after? Where did this yearning to acquire material possessions to fill a void come from?

"Before Adam and Eve sinned, they were created in the image and likeness of God. Their appetites and passions were in harmony with the will of God, and so they would desire only what pleased God. After Adam and Eve sinned, they lost their connection with God, and instead of being governed by God and his Holy principles, they were governed by selfishness and lust," Chambers said.

The pastor acknowledged that man is led astray by his own lust, even though he knows it will only satisfy him temporarily and possibly endanger him.

"He (man) knows it is wrong, knows it is unhealthy, but he still continues to enjoy it and seek pleasure from it because of sin. We know smoking will damage our lungs and cause cancer; we know fornication will lead to unhappiness; we know that drinking alcohol will lead to drunkenness and ruin our lives, but we still keep doing it, because something is wrong with us."

To remedy this, he says, the heart must be fixed.

"To fear God means to have a holy respect for Him, and this leads to obedience to His commandments. People today have lost respect for God. The Bible tells us in Romans 3:18, 'There is no fear of God before their eyes'. In order for man to be happy, God must take back control of his life. As long as we are in control of our lives, we are going to be directing ourselves straight to the path of destruction. No man can serve two masters."