Churches not exempt! - KSAMC to get tough on event organisers who fail to apply for licences 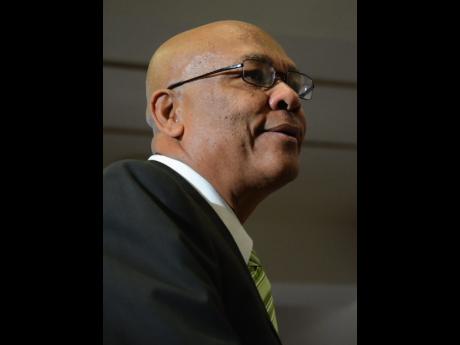 Churches which want to stage street-side meetings and couples who want to celebrate an anniversary with a small group of friends and some music at home are among those being urged to ensure that they apply for an amusement licence before staging their events.

The Kingston and St Andrew Municipal Corporation (KSAMC) is on a drive to ensure that persons follow the rules, and the man leading the charge, councillor for the Havendale division, the Jamaica Labour Party's Vernon McLeod, is making it clear that this is not about revenue for the council.

"We need to change our mindset and operate as if we are in a well-regulated modern and acceptable society, bearing in mind our vision 2030," McLeod told The Sunday Gleaner.

He stressed that churches should ensure they apply for a permit for each event, and argued that his church submits an application to the KSAMC for it every time it is going to stage a function.

"Well, in a number of instances we (the KSAMC) look at it to see whether or not it is for the benefit of the community, and in those instances, the council will use its discretion and give them the licence and waive the fee. They still get the licence but the fees will be waived," said McLeod.

"So it depends on what they are having there because if it is to raise money or it is free, they need to have the permit, and depending on the nature of it, they may get the fee waived or they will have to pay the prescribe fee for it," added McLeod.

Pointing to the recent traffic pile-up due to a party on the Palisadoes Road in Kingston, McLeod said the council has found that there is disorder and the lack of observance of the Amusement Act in a number of instances.

He said this also applies to persons who are keeping small parties at their house.

He said the KSAMC will be seeking to expand its enforcement team of 12 persons to 24 to ensure that night inspections of events are done.

The council will also be rolling out a public-education campaign to ensure that persons in the municipality know that they have a duty to apply before they stage any event.