Briefing | Scrutinising the budgetary expenditure for the 2018-2019 fiscal year 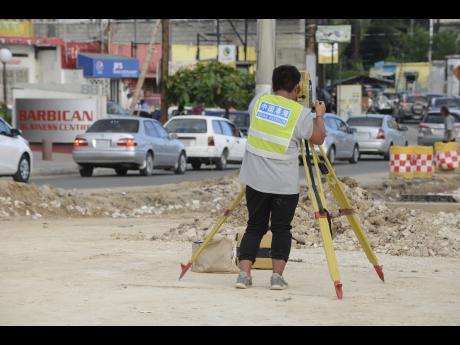 Gladstone Taylor
In this 2017 file photo, a workers is seen conducting a land survey along Barbican Road in St Andrew to facilitate the widening of the road. 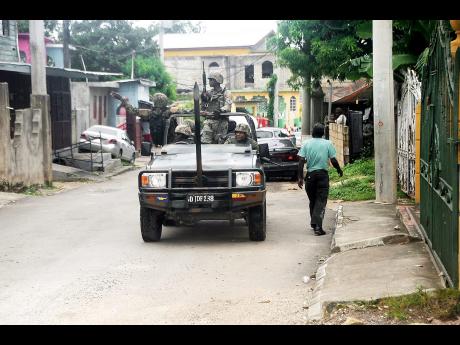 Adrian Frater
The security forces on the ground during state public of emergency now on in St James.
1
2

This year, the Ministry of Finance is demonstrating some attempt to plan over the medium term by tabling a budget forecast over a four-year time horizon up to 2022. The different ministries have each been allotted sums to carry out their current operations, as well as some have been allotted money for capital expenditure projects.

The Office of the Prime Minister has been allotted $5.896 billion for recurrent expenditure and $5.5 billion for capital projects.

What capital projects does the Office of the Prime Minister plan to undertake?

Some $1 billion is to be spent on the Youth Employment in Digital and Creative Industries project for reconstruction and development, with the objective to build the capacity and enhance the skills of Jamaica's youth to improve their employability in the digital and animation industries

The Government has reserved $1.25 billion the implementation of the National Identification System to be funded by the Inter-American Development Bank, with the objective to establish a unique identification number for individuals and develop a secure, efficient and reliable database of all Jamaican citizens. Also, $1.1 billion is to be spent on the Jamaica Integrated Community Development Project with the objective to enhance access to basic urban infrastructure and services, and support increased community safety in selected economically vulnerable and socially volatile inner-city communities in Jamaica.

The Ministry of Economic Growth and Job Creation has been allotted $12.738 billion for recurrent expenditure and $21 billion for capital projects.

What capital projects are to be undertaken by the Ministry of Economic Growth and Job Creation?

Also, $4 billion has been earmarked for the Southern Coastal Highway Improvement Project, with the objective of improving the alignment and capacity of the existing southern coastal main arterial road in order that it will be safe and efficient, free from flooding and provide for future development.

What about crime and violence?

The Ministry of Health has been allocated $65.6 billion for recurrent expenditure and $2.165 billion for capital projects; $647 million for the HIV Prevalence in Most-at-Risk Population Reduced Project; and $759 million for the Programme for Reduction of Maternal and Child Mortality.