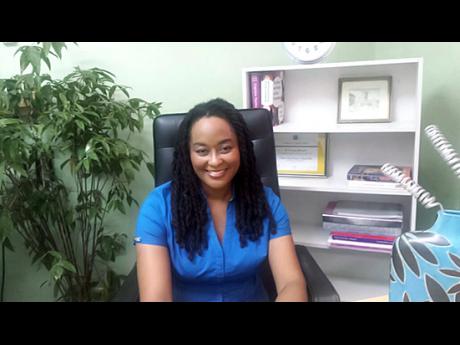 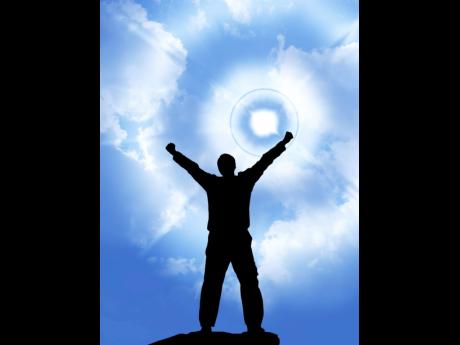 Clinical psychologist Audeya Fuller recalls her childhood and adult years as an ardent Christian "dedicated to the tenets of faith".

The resident of Kingston, Jamaica, candidly details her 'Eureka Moment', an encounter with God. In many ways, Fuller experienced the Divine through the kindness and support of others.

"In my early 20s I was going through a turbulent time in my personal life. It still touches me deeply how God made himself so real to me in my pain. It is true that God reveals his presence through both joyful and painful experiences," said Fuller.

"It is also true that for most of us it is the painful experiences that really open us to reach for, or appeal to something bigger than ourselves. In these times, we seek God or a 'Higher Power', and He graciously lets himself be found," added Fuller.

The UWI alumnus favours the Socratic method, or maieutics, to better understand religion, life, and its purpose.

"The God I experienced was vastly different from the one I had grown up believing in. This moved me to think for myself, to investigate, to question. Before that moment of realisation, my search for truth entailed sitting over literature written by my church to see if it was consistent with the Bible.

"Clearly, that kind of research and exploration is inadequate and can only lead to one conclusion: confirmation of your belief," said Fuller.

She began exploring other philosophies and teachings. This led to her foray into mysticism, near-death experiences (NDEs), out of body experiences (OBEs) and Eastern doctrines, such as soul transmigration.

"Why weren't churches addressing such intriguing subjects?" she asked. Her thirst for knowledge was overwhelming. "I felt restless and unsettled."

Her quest led her to New Age Thought that "encouraged freedom of thought while providing logical and rational explanations that the church was not offering".

Still, some Christian beliefs never lost their meaning and she continued to revere central figures in the Bible.

Fuller refers to Abdrushin's In Light of Truth: Grail Message as "seminal and inspirational", and defines her mystical journey in existential terms.

"Mysticism adds value, meaning, and a measurable growth and development to my life."

She clearly identifies with a provocative line from the Grail Message that reads, "Religious fanatics and irresponsible enthusiasts are detrimental to truth," and she deems the study of Creation Laws as vital to knowing oneself.

Fuller also sees the keys to existence in mysticism.

"Jesus came to explain these laws and make them more fully understandable to his followers. For example, when he spoke of sowing and reaping, he was highlighting the Law of Reciprocity, or Karma, as some call it.

"We reap the products of our thoughts, words and actions for good and evil. Jesus said the greatest commandment was to love God and thy neighbour as thyself. This tells me that at the end of the day it is all about how well we live with each other."

Fuller attributes her academic pursuit in psychology as integral to her spiritual views. "I use my training in psychology to help me better understand the role of religion and spirituality in human behaviour."

But she concedes its shortcomings. "The intellect and even science are limited in understanding the psychical, indiscernible aspects of life. The spiritual world demands a kind of measurement that we are yet to create."

She elaborates, "The focus of most psychological models is on the mental, emotional and instinctual planes of our being. The real core of being - the spirit - is almost entirely ignored. The adage, 'Know thyself!' speaks volumes.

"We need to understand the full nature of what we are as human beings. Are we merely our bodies or are we something more? Do we survive the death of the body? That is something science is still struggling with. There are so many unanswered questions to which science cannot ably respond. I guess that's why faith is so important whether you are Christian or not."

Religion, once a paragon of virtue, is mired in controversies, unable to temper growing disaffection. Spirituality is the new zeitgeist. Fuller, with a sense of vindication, comments on this trend and the fate of religion.

"Today, science, mysticism and the New Age movement are stepping in where religion has left off. This is inevitable. With limitless resources for information truths cannot be silenced. Even those in the so-called charismatic religions are adapting their sermons to take on a more self-help, psychological frame of reference."

Clearly, we can safely argue that Fuller openly welcomes the growing rejection of dogma and the growing thrust to discard literal interpretations of scripture.

- Dr Glenville Ashby is an award-winning author, lecturer and wellness therapist. He is the author of the book, Anam Cara: Your Soul Friend and Bridge to Enlightenment and Creativity. Feedback: glenvilleashby@gmail.com or follow him on Twitter@glenvilleashby