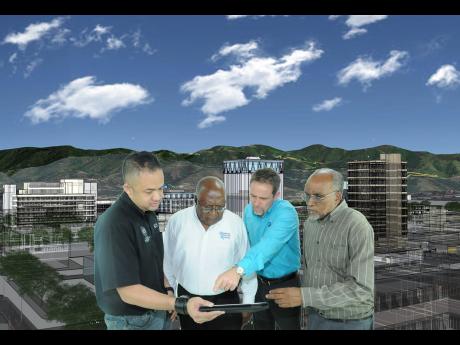 Thursday, March 1, marks the anniversary of a 1957 earthquake which caused major damage and several deaths across the island, but few Jamaicans are aware of the risk of such disasters, says economist Errol Gregory.

There have been several significant earthquake events in the past century, and storms as well as floods have had massive impacts on persons and the economy, the University of Technology, Jamaica, lecturer said. He pointed out that the impact of these disasters could be tempered through the improved use of insurance.

"Our vulnerable economy puts us at greater risk when we are faced with natural disasters," Gregory further stated. "Our high debt and low savings rates, make it difficult for Jamaicans to build the financial reserves to face major disruptions. That is where insurance could help."

Natural disasters posed major risks for small island states, such as Jamaica, because one event often affects a larger part of the national population than in bigger countries, making recovery more difficult, the economist stated. High transport costs and physical isolation also hamper the ability of other countries in the region to provide extensive support.

His comment found resonance with Chris Hind, general manager of JN General Insurance Company, who declared that "the country needs to improve its level of insurance coverage, as major segments of the population have no effective coverage in the event of natural disasters".

He pointed out that home insurance coverage was relatively low and frequently tied to the need for a mortgage loan to protect the lender. And, where it is not mandatory, insurance coverage is not only low; but in some areas, such as agriculture, coverage has actually declined over the years.

"This poses a challenge, given that insurance transfers the cost of potential loss to entities prepared to bear it," Hinds explained. "Without the insurance mechanism, persons and organisations are forced to bear the cost of their loss on their own."

'Frequency of storms, storm threats up'

Dr Parris Lyew-Ayee, director of the Mona GeoInformatics Institute, indicated that Jamaica is situated in one of the most disaster-prone regions in the world, and during the past century, faced the highly destructive 1907 earthquake; the deadly Hurricane Charlie in 1951; and subsequently, the even more powerful Hurricane Gilbert in 1988.

"Along with earthquakes and hurricanes, Jamaica also faces natural hazards such as landslides, floods and drought," Lyew-Ayee, explained. "It is when these events affect people and their property that we have a disaster.

"From Ivan in 2004 to Matthew in 2016, the frequency of storms and storm threats has gone up for this century," he stated. "The looming and persistent threat of climate change will make this the new normal going forward.

"Technologies we have developed at Mona GeoInformatics assist state and private-sector organisations to cope with such challenges," the scientist said. He pointed to the development of digital technologies to bring the built environment into the virtual realm so insurers and the insureds can better appreciate the impact of disasters on their properties, as disasters result from the interplay of hazards, the built environment, and people.

Regional insurance can also serve entire countries, explained Orville Johnson, executive director, Insurance Association of Jamaica. He said that Jamaica participates in the Caribbean Catastrophe Risk Insurance Facility, which pays out funds to its 16 member countries after a catastrophic event.

"However, the challenge facing this facility is that: payouts currently are made for severe destruction at this time based on the present structure, which is why Jamaica has not had a payout since its inception in 2007. However, it is an important start, which has been helpful to those who have had to access the facility," Johnson said.