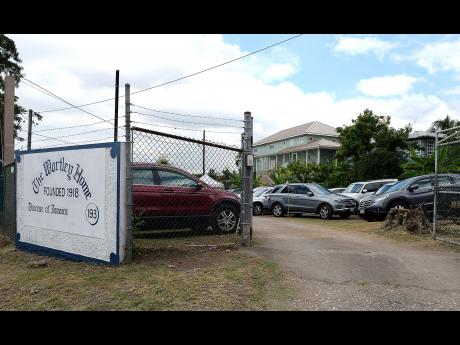 Ricardo Makyn
The entrance to the Wortley Home. 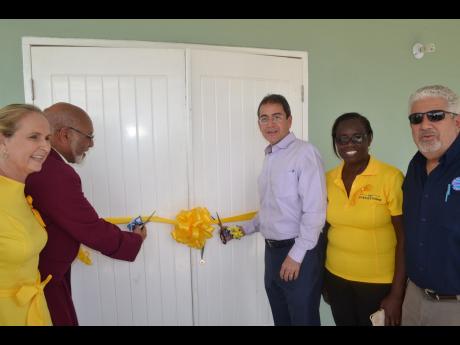 Contributed
The Right Reverend Dr Howard Gregory (second left), Anglican bishop of Jamaica and The Cayman Islands, cuts the ribbon with Andrew Mahfood, Food For The Poor Jamaica Chairman (centre), to mark the reopening and rededication of the new Wortley Home for Girls recently after the original building was destroyed by fire in 2015. Also pictured are Tanya Wildish (left), Wortley Home management board member; David Mair, Food For The Poor executive director (right); and Delores Bailey, Wortley Home house mother. 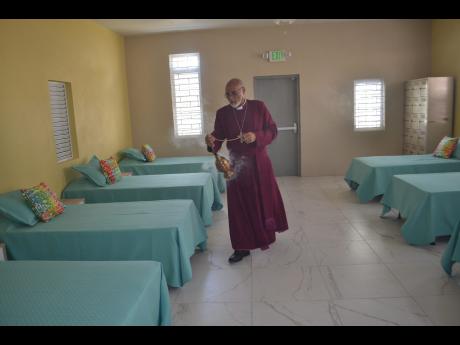 Contributed
The Right Reverend Dr Howard Gregory, Anglican archbishop of Jamaica and The Cayman Islands, blesses one of the dormitories during the rededication and reopening of the Wortley Home for Girls recently.
1
2
3

Construction of the modern, split-level structure designed by architect Rivi Gardner following the 2015 fire that destroyed the previous building was completed in December 2017.

The project was managed by Food for the Poor (FFP) under a memorandum of understanding with the Diocese of Jamaica and the Cayman Islands (Anglican), which owns and operates the home established in 1918.

The new Wortley Home will accommodate 32 girls - up from the previous capacity of 24. Facilities include two 16-bed dormitories, a sick bay, a homework and study room equipped with computers, and separate bedrooms and bathrooms for the house mother and staff.

An office and meeting room as well as a common area for visitors have also been provided. In addition to their management of the project, FFP also donated the furniture to outfit all the dormitories.

Emergency staircases, a modern security system, and landscaped grounds are other features.

The Right Reverend Dr Howard Gregory, bishop of Jamaica and The Cayman Islands, rededicated the building, and was joined in the ceremonial ribbon cutting by Andrew Mahfood, chairman of Food For The Poor Jamaica.

Mahfood said that Food For The Poor was extremely happy to have been involved in the project after the original home was lost under such unfortunate circumstances.

"The Diocese of Jamaica and the Cayman Islands has been playing an essential role in these girls' lives for many years, and they need to be able to continue to do so under the best possible conditions. We must also thank all of our donors and contractors, who went above and beyond the call of duty to ensure this project was a success," Mahfood said.

Gregory also rededicated an adjoining building housing the kitchen, dining room, and laundry. These were refurbished with sponsorship from the Boswell Facey Foundation, whose representatives unveiled a commemo-rative plaque at the entrance.

Other guests at the reopening ceremony included community stakeholders and a cross section of local and overseas donors.