Religion & Culture | Shakti: The Source of all Healing and Creativity 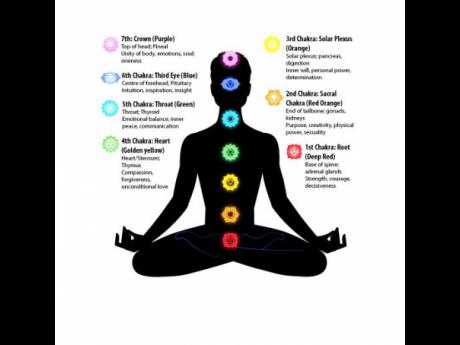 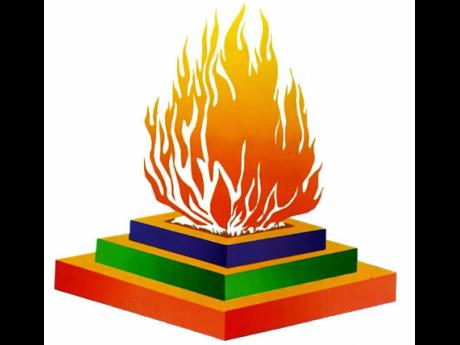 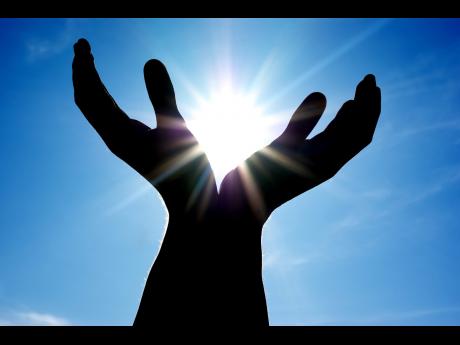 "As planets move in orbit around stars so too electrons orbit the nuclei of atoms creating bioelectricity, the matter which makes up our bodies. We are electric beings, and when our circuitry is operating efficiently, our personal energy, health and wellness increase exponentially." - Dylan Charles

The woman's body swirled and shook, at times forcibly, her long hair swaying on a head that rotated unceasingly, her arms flayed and, with eyes shut, she somehow began to move with gazelle-like grace.

She was in her late 70s but her age belied the speed and fluidity of her integrative movements.

Onlookers were hardly moved. It was a display oftentimes witnessed. And it wasn't a spirit-possession as some, with little understanding of the human body are inclined to believe.

What was being observed was the release of an energetic force that resides in every living thing. This energy is called Shakti.

The Shakti is also called Kundalini in some metaphysical circles. In psychoanalysis it is called libido.

Before I proceed to explore this energy in psycho-spiritual terms, let's look at our evolutionary understanding of the most perplexing of questions: Who are we?

In the same way that we once held that the earth was the centre of the universe, we are now realising that we are not matter. No longer is the religious pronouncement, "dust to dust, ashes to ashes," pronouncement valid.

I have long written that we are energy beings. This is a measurable, quantitative assertion.

Science (Quantum Psychics) has determined that everything in the universe is energy and electrical currents. Of course, this 'everything' includes us.

We are connected to a sea, an ocean of energy. In many respect we are a microcosmic universe, a replica of a larger cosmological and energetic field.

The human body is composed of the very elements of the universe - molecules, atoms, sun-atomic particles. In other words, pure energy.

Scientist Nassim Haramein explored this phenomenon in his article, Quantum Gravity and the Holographic Mass.

He said, "Within every proton, every subatomic particle in the nuclear of atoms is all the energy, all the information of all other atoms in the universe. So when we go within (meditate) is when we actually connect with that oneness, with that connectivity of all things."

In mystical or spiritual terms as expressed by Hindus, the seat of the energy that science acknowledges is based in the gonad (reproductive gland). In Taoism, it is said to be situated an inch below the navel. Those who advance the libido theory do not give a location of this energy centre.

It is sufficient to say that the Shakti is, in effect, a reservoir from which every organ, cell, and molecule in the human body is nourished.

In religious terms, this energy has been personalised , given names and human attributes. Anthropomorphic God and gods were created from human blindness. Sadly, this irrationality is still taught from houses of worship the world over.

Notably, scientists never speak in terms of a sentient (personalised) energy. Theirs is an impersonal energy that creates and recreates in an enduring, complex cycle. In religious terms, we speak of creation and destruction; so that the world was created and will end at the discretion of an energy being called God.

Undeniable, is that our bodies are witness to what cosmologists and quantum physicists have advanced. Energy flows through meridians or pathways in the human body.

Science has only now corroborated with the ancients have been saying all along.

In the article: Science Proves that the Meridians Exist (upliftconnect.com, April 20, 2016), Azriel ReShel confirms that scientists at Seoul National University have discovered the existence of meridians (energy pathways), referred to as the "primo-vascular system," that is said to be a crucial part of the cardiovascular system.

When our energy centres are awakened phenomena occur our sensory and perceptive abilities are aroused and we are celebrated as divinely gifted.

Shakti awakening stirs creativity and inspiration, not unlike the power of the libido in psychoanalytic terms.

The arousal of the Shakti can be spontaneous. It can also be stirred by prayers, religious contemplation, meditation, chanting, music and even an orgasmic experience as taught in Tantra yoga.

Individuals experiencing this phenomenon could vibrate involuntarily, cry, speak in tongues (glossolalia) as witnessed in the biblical day of Pentecost or display artistic brilliance.

In fact, Shakti, represented as fire in every religion, is the source of inventions, the fountain of wisdom and source of all natural healing.

Like universal energy that creates, destroys, only to recreate, we too can experience the Jekyll and Hyde dynamic of the Shakti.

When suddenly aroused or forced upward through the spinal column by improper spiritual practises, the Shakti can prove destructive. This is the source of religious obsessions, mania and so called possessions.

Psycho-emotional problems also manifest when this energy is stagnated. However, when we are well-trained, patient and understand the energetic and naturally creative and curative functions of the human body that emanate from the primordial energy called Shakti, then, and only then, can we understand the profound meaning of John 10:34, as articulated by the Christian messiah.

- Dr Glenville Ashby is an award winning author. His audio book: Anam Cara: Your Soul Friend and Bridge to Enlightenment and Creativity is available at Amazon and Audible.