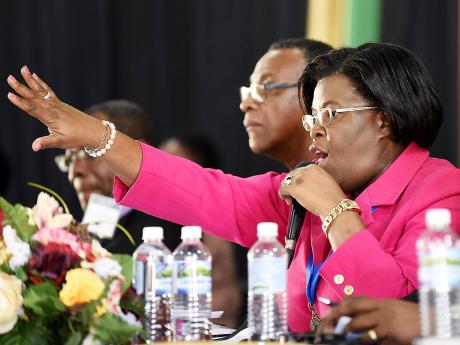 Representatives of the Jamaica Teachers' Association (JTA) and the Finance Ministry are set to continue wage talks this morning.

Teachers protesting the Government’s wage offer of 16 per cent over four years stayed off the job from Monday to Wednesday.

However, they agreed to resume negotiations following a conciliatory meeting at the Labour Ministry on Wednesday.

Retroactive sums for the first year of the deal are to be paid by the government this month.

Teachers and rank and file police personnel have raised concern about the payment being made before negotiations with them are complete.

However, President of the JTA, Georgia Waugh Richards says the government has agreed not to go ahead with payment of increased salary and retroactive amounts to teachers until negotiations are finalised.

Shaw has since said payments not made this month will not be available until 2019.