No way back for western gangsters - ACP Powell 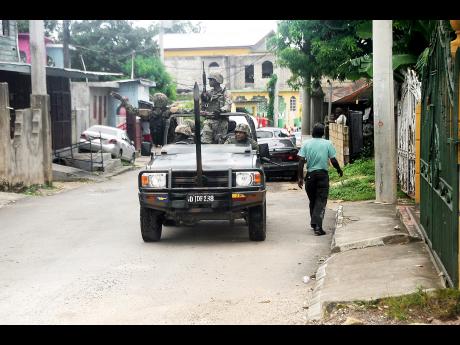 File
File - The security forces on the ground during the early stages of the state of emergency in St James. 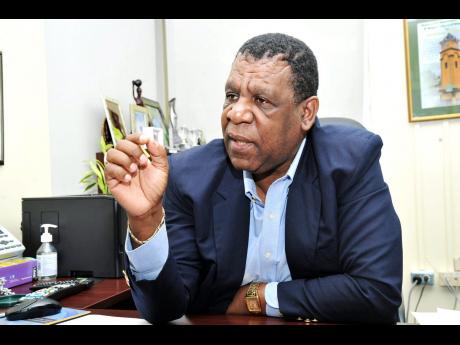 With some of the gangsters who were displaced from St James by a state of public emergency (SOE) now under pressure in other police divisions, some residents of the western parish are worried that with the police-military presence not as commanding as it was at the start of the initiative, the gangsters might be contemplating a return home.

"We are no longer seeing the heavy police-military presence in the communities again, and with those boys (gangsters) who ran away coming under pressure in places like St Catherine, I am worried that they might be thinking of returning here," a businessman told The Gleaner on Tuesday.

"They still have friends and family here to tell them what is happening."

On Monday, the day after Prime Minister Andrew Holness declared an SOE in the St Catherine North Police Division, news broke that four members of the Montego Bay-based G-City Gang were among the 123 persons detained in the early stages of the operation, which is initially for 14 days but can be extended.

However, in response to the concerns that the gangsters might return to St James, Assistant Commissioner of Police Ealan Powell, who is responsible for the Jamaica Constabulary Force's (JCF) side of the SOE in

St James, says that the police and their military counterparts are still on the ground in the parish and are as resolute as ever that the gangsters will not be able to reclaim the space from which they were forced.

"There is no need for the residents to be worried ... . We are still here, and we will

remain here at least until May," said Powell.

"We are closely monitoring the communities from which they (gangsters) were displaced, and we do have strategies in place to deal with them ... . We are monitoring them wherever they go ... . That is why those four were held in St Catherine."

... Cops: No scaling down in St James

With regard to concerns that residents are no longer seeing the robust military-police presence, which was evident in St James for most of January and February, Assistant Commissioner of Police Ealan Powell says that there has been no scaling down of resources assigned to the ongoing state of emergency (SOE) in the parish.

Powell, who is responsible for the Jamaica Constabulary Force's (JCF) side of the SOE in St James, says that residents can, therefore, rest assured that the operation is in full effect and that there are no loopholes for gangsters to exploit.

After a record 335 murders in 2017 and starting 2018 with another 10 killed, Prime Minister Andrew Holness declared an SOE in St James on January 18, giving the security forces extraordinary powers to go out and stem the lawlessness, which had all but crippled social and commercial life in the parish.

While several top-flight gangsters, including members of the Canterbury-based Nation Crocs and the Flanker-based Sparta gang, were arrested and several high-powered weapons seized, there are indications that many of the parish's thugs, especially those with significant resources, fled the parish before the security forces were able to get to them.

Residents of St James are now basking in the new-found peace, with just four additional murders since the start of the SOE, but have been consistently expressing their fears about what will happen after the security forces leave.