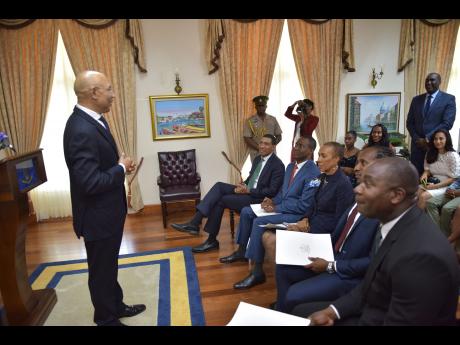 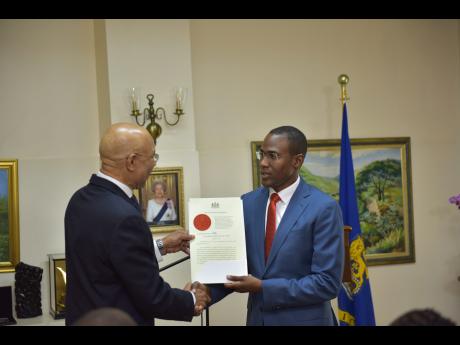 Contributed
Nigel Clarke (right) receives his instrument of appointment as a minister of government from Governor General Sir Patrick Allen. 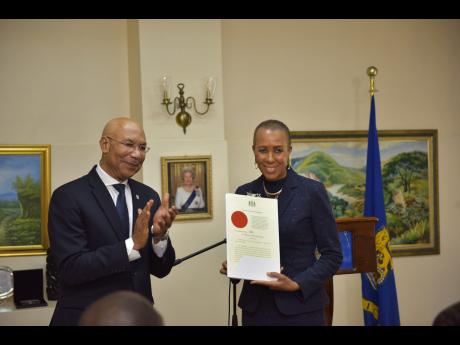 Contributed
Fayval Williams (right) receives her instrument of appointment as a minister of government from Governor General Sir Patrick Allen. 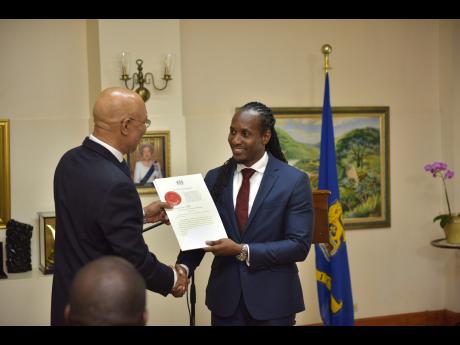 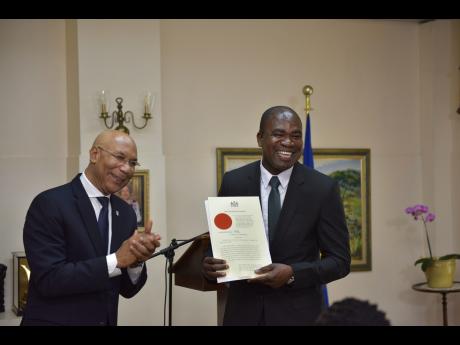 In addressing those in attendance, Sir Patrick urged the ministers to "use their office wisely and remember that trust broken cannot easily be restored".

Said the governor general: "Collaboration and unity are key to the success of any organisation and/ or group that provides any form of leadership, so it is expected that we are all going to work together for the benefit of our country and that you will work unitedly with the prime minister in carrying out and executing the responsibilities that are assigned to you."

Among those sworn in were Dr Nigel Clarke, who is to become minister of finance and the public service and Fayval Williams, who moves from her post as a state minister in the finance ministry to that of a senior minister.

Also sworn in were Alando Terrelonge, who is now a state minister for culture, gender, entertainment and sports, and Zavia Mayne, who becomes junior minister for labour and social security.