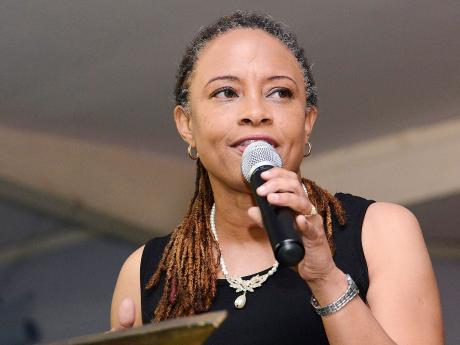 Jackson Miller ... we regret that having already raised this issue with this administration, and the administration before, it continues to recur.

The Press Association of Jamaica (PAJ) has rejected the explanation by the Office of the Prime Minister for restricting media coverage of yesterday's swearing-in of two new Government ministers and two state ministers.

Only the government-run, Jamaica Information Service was allowed to cover the ceremony at King's House.

Press Secretary Naomi Francis in a series of tweets, has sought to explain that there was inadequate space because the room that usually hosts such ceremonies is being renovated.

1. Such an event must place at Kings House.
2. Given the effective date of the appointments the swearing in ceremony had to take place yesterday
3. Repair work was being done at King's House.
4. The Governor General kindly consented to host the event in his private office 2/4

In a statement, the PAJ said it rejected the excuses about lack of space and facilities.

"We find it impossible to believe that in all the many buildings owned by the government in Kingston, suitable arrangements could not have been made, albeit at short notice, to hold the ceremony at one that could accommodate the media," said president Dionne Jackson Miller.

5. There was clearly a space constraint.
6. JIS was asked to record the entire proceeding and promptly distribute to all media. Which occurred
7. ALL media that turned up at Kings House were able to conduct interviews with the 4 Ministers who were sworn in. 3/4

She reminded Prime Minister Andrew Holness and the government that these are national occasions which the media should be allowed to cover, and not be relegated to getting pool photographs from the government’s information service.

"We regret that having already raised this issue with this administration, and the administration before, it continues to recur," Jackson Miller said.

She said Governments need to demonstrate openness, transparency and commitment to free and open coverage by the press not just when it is convenient to them, but as a matter of principle.