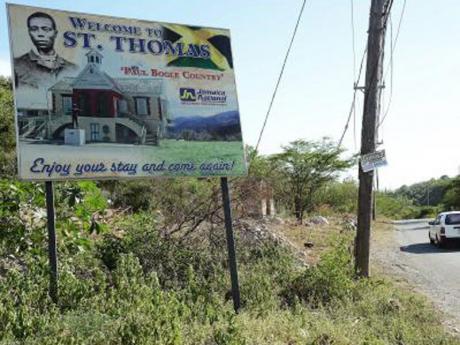 Before the resignation, PNP councillors had filed a no-confidence motion against Rawle and Hue.

They claim that the men should be removed from the leadership of the corporation because they had embraced Yallahs division councillor Dean Jones, although his election was illegal since he was a public servant at the time of the polls.

During a special meeting Tuesday to debate the no-confidence motion, Hue said the resolution died when he became Mayor.

"The resolution becomes null and void because you’re moving against Michael Hue, deputy mayor; and Lenworth Rawle, the chairman. Circumstances have made those positions irrelevant today therefore there is no basis on which this resolution can go ahead," Hue said.

He said the PNP councillors may move another resolution at a later date and then immediately asked for a motion to have the meeting adjourned.

The motion was quickly moved and seconded by two councillors of the Jamaica Labour Party, ending the meeting in fewer than ten minutes.

Last week, the Local Government Minister announced a by-election for Yallahs for April 27.

With Jones's ousting, the PNP now controls five seats in the St Thomas council to the four held by the JLP.

"What really happened was (that) the chairman tried to put a block on the democratic process. He’s a very autocratic person and what he did today was nothing short of criminal. As a person who is a big believer in democracy I am really offended by the actions of Mr Hue but it won’t stop us," Williams said.

He said another resolution will be filed.

"He (Hue) didn’t accept this one today nor were we allowed to read through our amendments but I’m going to meet with my legal team right away and we’ll decide the next course of action,” Williams said.

Opposition Spokesperson for Local Government Angela Brown-Burke who was among a crowd of PNP supporters described the proceedings of the meeting as ‘a
sad day.’

"I find it despicable and alarming that the CEO (Judith Lawrence) who is supposed to be the professional voice of the council has joined the JLP in their political manoeuvring and for me that is the most disappointing part of it because it almost seems as if there is no professionalism," she said.

"If you come to a council meeting and the mover of the motion says I have tweaked the motion and have made some simple amendments and I have it here I think it is the duty of the CEO to take it and then to determine whether or not it has been substantially altered. I don't think we got to that point because I believe the CEO came in as a JLP operative on the day to do the JLP bidding and I believe it's a sad day," Brown Burke said.