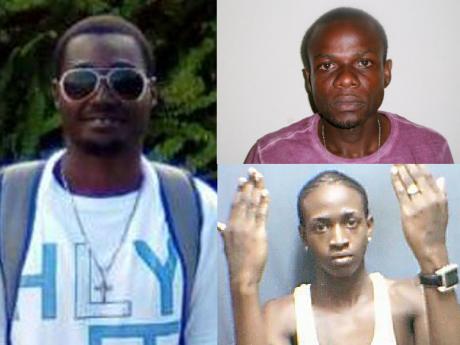 Police Commissioner Major General Antony Anderson has instructed the Inspectorate of Constabulary to investigate yesterday's jail break at the Falmouth Police lock-up and provide a preliminary report within 24 hours.

Four detainees are now on the run following the jail break.

In the meantime, the police personnel who were working at the station at the time have been removed from front line duties.

The police say the men have been charged with various offences including murder, shooting with intent and simple larceny.

According to the Constabulary Communications Network, the Trelawny police report that during a routine check of the cellblock, it was observed that the cell was empty.

However, the commanding officer for the Trelawny Police Dwight Powell, told a press conference this morning that cops discovered the cell empty after an off-duty policeman contacted them to report that he got a tip that strange men were seen on a street near the police station in the parish capital.

The prisoners had escaped through an opening after cutting through a vent.

Have information that can lead to the recapture?

The Public is also being reminded that harbouring these men or any criminal is an offence for which they may face prosecution.

We want to hear from you! Send us a message on Whatsapp at 1 (876) 449-0169, email us at editors@gleanerjm.com or onlinefeedback@gleanerjm.com.