Jamaica Agricultural Commodities Regulatory Authority not quite open for business 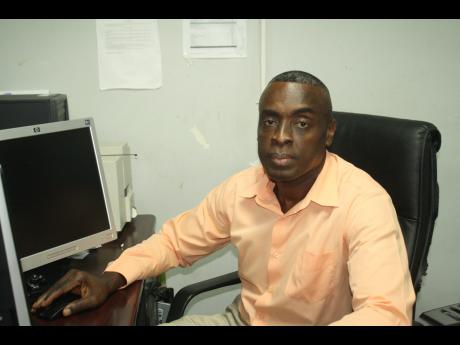 Applications opened on Tuesday, April 3, for licences to deal in coffee, cocoa, coconut, and spices, the commodities whose regulatory functions have been incorporated under the Jamaica Agricultural Commodities Regulatory Authority (JACRA), but the new entity is not quite open for business.

In a print advertisement published on Sunday, March 25, JACRA invited applications for new licences, the forms for which can be accessed via the website, www.jacra.org, or from the legal department at the offices at 1 Willie Henry Drive, Kingston 11.

However, up to Thursday night when The Gleaner checked the website, 'Coffee' was the only division for which there was any information available.

'No Content' was posted for the 'Cocoa', 'Coconut' and 'Spices and Condiments' divisions while, despite a wealth of information about coffee, some of which was dated, there was nothing about the other crops.

The website included a picture of former Acting Chief Executive Officer Gusland McCook, who has since reverted to his substantive post as head of the advisory division, with the appointment of Everton Hanson to head the new entity.

There is no information about the new executive, with Derrick Kellier, whose tenure as agriculture minister ended with the ouster of the People's National Party from Government on February 25, 2016, the only featured portfolio minister.

Also prominently displayed is a warning about fraudulent activities regarding the usage of several fake email addresses of Coffee Industry Board (CIB) workers and other stakeholders. A prompt, advising users to 'Click for Details', leads to an advisory from management that the matter is being currently investigated. However, checks by The Gleaner found that the matter is an old issue from 2016 and is a relic from the old CIB website. And when we visited the CIB offices at 1 Willie Henry Drive - where the staff of the new entity will be housed, with the exception of coconut - there was no JACRA branding to identify the building.

Staff retained from the old Cocoa Industry Board and Pimento warehouse, which were located on Marcus Garvey Drive, will operate from this location when JACRA finally gets going. The Coconut Industry Board will continue to operate the relevant licensing regime for that commodity from its office and research department at 18 Waterloo Road, St Andrew.