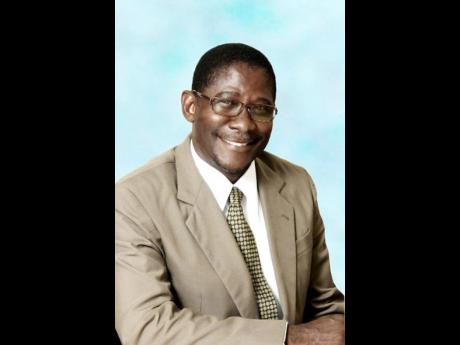 In a similar vein, the Australian Bureau of Statistics notes that: "key to long-term improvements in Australia's living standards is productivity growth and, therefore, enhancing national productivity is one of the basic goals of economic policy."

Paul Krugman's statement contains three points that should be expanded. First, from 1945-1970, growth in US labour productivity was averaging 2.7 per cent annually, resulting in a doubling of labour productivity level in 25 years (about one generation).

In other words, World War II veterans were twice as well off as their parents. Second, Vietnam veterans returned to a US economy where labour productivity had slowed down significantly, averaging only 0.67 per cent, annually.

At this growth rate it would take 104 years (about four generations) for labour productivity level to double. In reality, the standard of living of Vietnam vets was substantially below that of their parents and even their grandparents.

Examining the long-run labour-productivity performance of the Jamaican economy, the data reveals that from 1951-1975, labour productivity growth averaged an impressive 5.3 per cent annually. At this growth rate, it would take 13 years (about half a generation) for the average Jamaican worker to be twice as prosperous as his or her parents. In contrast, for the next 42 years (1976-2017), average labour-productivity growth was negative (-0.61 per cent annually). This means that the present generation will never be as prosperous as the preceding generation.

Productivity improvement becomes a necessary condition for competitiveness, employment, economic growth, and prosperity. To achieve improved productivity, there are a few key stakeholders that must play their part. These include captains of industry and those responsible for allocating resources and making policy. The end game is that the current generation should understand that it is not a good idea to transfer poverty to our children.

Productivity measures how well firms, industries, or countries transform inputs into outputs or goods and services (efficiency) to satisfy the tastes and preferences of customers (effectiveness).

Its measurement requires aggregating all factor inputs into one index. Productivity improvement takes place when growth of outputs is faster than growth of inputs.

Productivity improvement leads to enhanced competitiveness. Lower cost of production, better quality goods and services, improved customer service, and improved delivery times are factors that will enhance the ability of Jamaican firms to compete in local, regional, and global markets. As these Jamaican firms compete better, they become more profitable and are able to gain market share. Accordingly, they reinvest some of their profits to expand to satisfy the rising demand for their goods and services.

Productivity improvement leads to growth in employment and wages. Holding wages constant, the most productive companies will find it profitable to hire more workers, and this drives up the wage rate.

A more intuitive explanation is that lower cost of production allows businesses to make larger profits and, therefore, pay their workers better wages and benefits as well as invest more in their training and development.

Look around. More productive companies can afford to treat their workers better.

First, growth in productivity releases factors of production for employment in other firms and other industries where they are better rewarded. The common example is rising productivity in agriculture due to the adoption of new technology which causes yield per worker to rise and allows cheaper and better quality output for domestic consumers, agro processors, and exporters.

Productivity improvement translates into prosperity or living standards. Productivity growth has been the driver behind the spectacular performance of economies such as the United States and Europe during the Industrial Revolution as well as - Japan, Taiwan, South Korea, Singapore, and more recently, China. It will be a necessary condition for enabling Jamaica to escape the so-called middle-income trap. Higher productivity leads to increased wages and employment, two manifestations of prosperity.

Gaps in productivity between Jamaica and its trading partners (firms, industries, and economies) eventually gets transferred to living standards. Among the factors usually responsible for these productivity gaps are efficient public sector, application of technology and innovation, up-skilling of the labour force, improved quality of management, intense competition in the market for goods, capital, and labour, as well as changing cultural attitudes in the workplace.

Fortunately, these factors can be influenced by captains of industry, those responsible for allocating resources and those entrusted with making policy. Jamaica can escape the low-growth middle-income trap, but increasing productivity must become a basic goal of economic policy.

- Charles Douglas, PhD, is the executive director of the Jamaica Productivity Centre.