Steve Lyston | Even God has a dress code 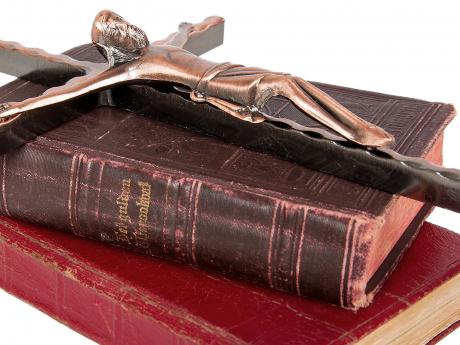 One of the most serious declines that has taken place over the years on a global level is the fall-off in the dress code. Many parents have failed badly in this area, because learning how to dress oneself is a skill that is learned at home.

The older women ought to be teaching the younger women, but that is sorely lacking in our society today. Fathers are supposed to take a stand. The Government should also maintain strict dress code policies within the government offices. Church leaders should no longer compromise for the sake of the offering or growth.

God has a standard. I am not talking about pants versus skirts or the mixing of materials. I am talking about the manner in which we carry ourselves today, and the lack of regard not just for self, but for the House of God, government offices, institutions of learning, and so on.

Have you ever stopped to realise that everything that is considered precious is always covered? In fact, according to the Bible, anything that was uncovered was considered unclean. So everything in the Temple has to be covered, and we are the temple of the living God, so we need to be covered. Recognise that external adornment does not determine one's beauty. True beauty is internal.

While many legislate for laws regarding sexual harassment in the workplace, there are those who cover even less of themselves in the workplace, or are wearing their clothes even tighter in order to encourage sexual encounters or as a means of manipulation and control. There are people within the society today who feel that they should dress in any way they please wearing whatever they please, wherever they please. For example, wearing a sleeveless blouse or dress in government offices or classrooms or on television, yet if they have to stand before a judge in a court of law, they wear a suit or robe. Both police and military have different attire for different functions and they must adhere to it.

If you were invited to Buckingham Palace to Prince Harry's and Meghan's wedding, you would be required by the queen and the Archbishop of Canterbury to adhere to a particular dress code, which would include a hat and a skirt suit/jacket with sleeves (for women), a tuxedo (for men) or a specific military uniform (for those who serve). Failure to adhere to those requirements would mean your being removed from the premises. So even Beyonce, Lady Gaga and Ishawna would have to comply, and do so without complaint.

In the Bible, the Lord would instruct the priests to dress in a particular way, and that had nothing to do with being religious (an excuse used by many today). Nowadays, our worship leaders, and even some church leaders, come to church in ripped jeans with their skin (and more) in public view. Some come to church in clothing so tight that it leaves nothing to the imagination and no one can focus. Where are the respect and honour for God? Every person should read Malachi 1: 6-8. We have respect for the politicians and secular leaders, but have none for God, nor His house, nor His people. People even want to wear shorts to church services. There is no way that should be allowed by any pastor who understands how to truly honour God.

Many on social media would cheer on the moral decline, calling them bold, modern moves. And some of these activists who cheer others on, when they go to certain countries, they have to cover up from head to toe with only their eyes visible, and they gladly do it!

When people are too 'free', they eventually lose their freedom. Every organisation has a right to determine what type of dress code fits their environment and it must be respected, whether it is religious or secular.

Moral decline is what wrecks a nation, organisation and the economy. We need to take a stand, particularly with our children.