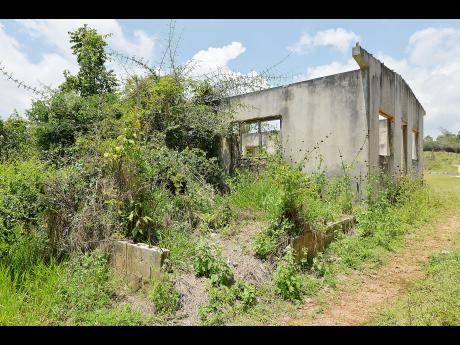 Ian Allen
The unfinished building that should have housed a trade training centre, surrounded by bushes at the Cross Keys Community Centre in South Manchester. 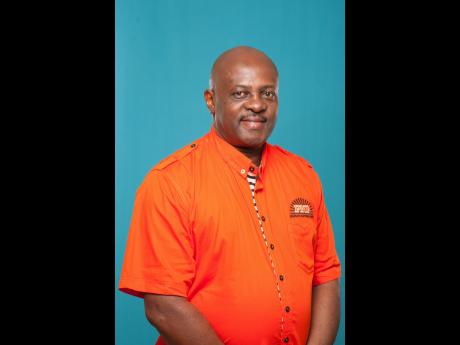 Contributed
Michael Stewart, member of parliament for Southern Manchester, is to intervene in the dispute surrounding the Cross Keys Community Centre.
1
2

A rift between some residents of Cross Keys in South Manchester and the committee overseeing the operation of its community centre has resulted in the playing field now being under-utilised and the high school's playground being overworked.

The dispute surrounds who should use the facility and who should maintain the playing field.

The property in Cross Keys which houses the community centre also houses a cemetery, a health centre, a basketball/netball court, and an unfinished building, which should have been a trade training centre.

When our news team visited the community centre last week, its doors were closed while the basketball court, installed during the tenure of Member of Parliament Michael Peart, was inaccessible because of bush.

The playing field, which was established to host football and cricket matches, had grass more than a foot high, despite reports that it was recently cut by community member Rochelle Crawford.

"The committee which manages the centre has said whoever wants to use the field should cut it, because they are not the only ones who use it. But they are not cutting it and they want to use it," Cross Keys resident Andrew Allen told The Sunday Gleaner.

His father, Bobsie Allen, who is a member of the committee which operates the centre, said he also has issues with how it is discharging its role.

"I have to take the side of the young people. They are the ones who will be tomorrow's leaders, and we will have to hand over leadership to them," said the elder Allen, who refurbished the community centre from a $5.8-million allocation some years ago.

"As it is, there is a standoff. The Cross Keys High School playing field is what is used now for sporting activities when we have a playing field. All that is needed is for the field to be properly maintained," said Allen.

In the meantime, member of parliament for the area, Michael Stewart, said that he has, on at least one occasion, provided financial assistance for the clearing of the playing field.

Stewart added that he will have discussions with the committee to try and resolve the dispute.

"The complex is for the community, and it's there so it should be of use," said Stewart.

The property was initially cleared and prepared for a cricket and football field in the 1960s.

Under the leadership of members of parliament Dr Douglas Manley and Lloyd Bent during the 1970s to 1983, more work was done, including the building of the community centre.

The original building was badly damaged by a hurricane and was never refurbished. Instead, a new building was constructed.

"That original building there should have housed a trade training centre, to provide skills training for youngsters in the area similar to what is at Newport. However, politics intervened and a new building was constructed next to the original building," said Allen.

The centre has housed at least one batch of trainees under the Government's Housing, Opportunity, Production and Employment programme for unattached youths.