I was not consulted - MP 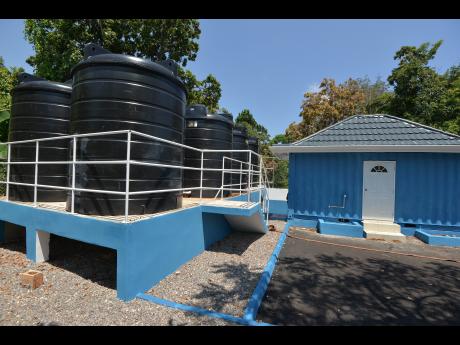 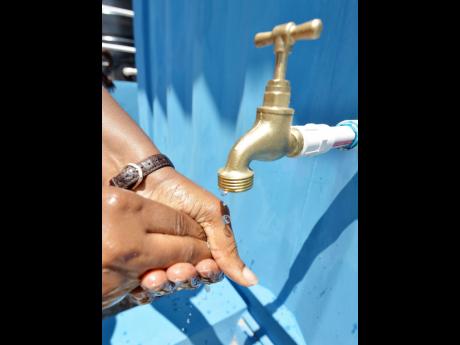 Ian Allen
A resident of Marlie Hill uses a tap at the new water shop in the community but demands that water be restored to the pipes in their homes.
1
2

The chronic water problem facing residents of Marlie Hill in South Manchester should be alleviated somewhat with the opening of a water shop in the community.

The facility houses eight 2,000-gallon black drums and will provide water to residents of the community for a fee.

But while welcoming the move to give them more access to potable water, the residents are less than satisfied.

According to Caroline Reid, it's about time that water comes back to their pipes.

Reid, who lives in Cocoa Walk, said her shop will better serve residents of the community, but a return to the piped water would serve more than 10 communities.

"Marlie Hill water shop is all well and good for people in Marlie Hill. But where it is, it means that I will have to go nearly three miles to carry water on my head. No sah. Is 2018 now.

"This is 2018, and you tell me that all they can do is sell us water?" charged another Marlie Hill resident, who asked not to be named.

"Piped water used to be in the community. Why couldn't that programme be rehabilitated and people get water in their homes? No squatters not down here, you know. People can pay for their water," added the resident.

Member of Parliament for the area Michael Stewart was quick to support the call of the residents for water to be piped to their homes.

According to Stewart, Dr Horace Chang, the former Cabinet member with responsibility for water, had indicated that provisions had been made to upgrade the Victoria Town Scheme which previously supplied water to the area.

"He (Chang) did promise that $30 million would have been in place to revive the programme," Stewart told The Sunday Gleaner.

Stewart said the $7.2 million water shop was established by the Ministry of Local Government through the parish council with no consultation with him.

He said while he would have given the water shop his blessings, based on the chronic water problems of the area, common decency dictated that he should have been told about it.

"I was not consulted. It's the residents first told me about it, and I came to the area and saw where the building is to be constructed. I spoke with the property owner, and that's how I heard," said Stewart.

He said additional details were provided during a community meeting, but his input was never solicited.

When our news team visited the water shop last week, it had not yet opened its doors but the property is properly secured with perimeter fencing, washroom, and a security guard assigned.

But some persons who worked on the construction were upset that they had not been paid weeks after their work was done.

"I still have not received my pay, and is not me alone. Is a long time I am waiting for my money," said Carl Peterkin.