Chang: No complaints of human rights violations under state of emergency 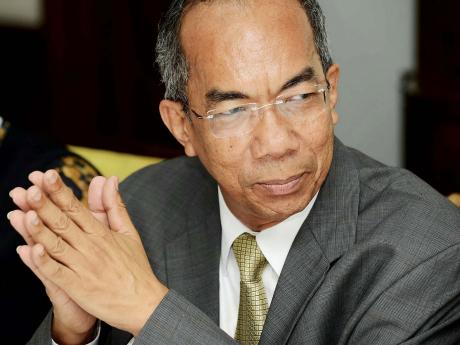 National Security Minister Dr Horace Chang has reacted to concerns raised by a noted pastor and the public defender about the treatment of detainees under the state of public emergency saying there has been no incident of human rights violations.

"There have been no complaints from citizens. Public support is still high, especially in areas of the enhanced security measures," Chang said in a release this afternoon.

The minister also said the Government is fully committed to ensuring that all citizens are treated properly as evidenced by the training of security personnel in human rights.

The Reverend Astor Carlyle, pastor of the Webster Memorial Church in St Andrew, has bemoaned the treatment of some detainees in the ongoing state of public emergency in St James, highlighting that many of those picked up by the security forces have jobs and families that may be affected.

And public defender Arlene Harrison Henry has called for an end to the security measure declared in St James in January. She said detainees are being fed on $300 a day and some of them still have not been told the reason for their detention.

Meanwhile, Chang said there has been a significant reduction in crime in areas where the measures have been put in place.

"We can see where based on statistics, we have already saved over 70 lives," the minister said. "These lives are invaluable especially when we compare this to the emotional turmoil that crime causes families and the physical cost of funerals, not to mention the impact on GDP.”

The Jamaica Constabulary Force has reported a 60 per cent decrease in murders and more than a 40 per cent cut drop in shootings in St James when compared with the similar period last year.

"This administration’s aim is to reduce criminal activity, especially in areas where it has reached intolerable levels," Chang said.

Last month, a state of public emergency was also declared in the St Catherine North Police Division which has seen 51 murders up to April 14 or a 27 per cent increase over the similar for 2017.