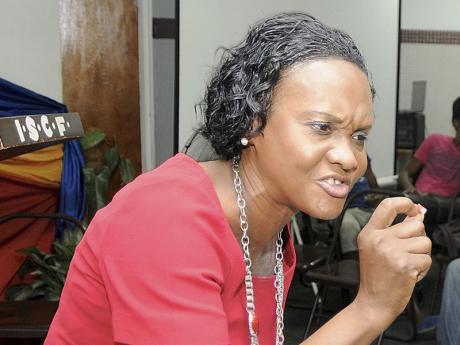 Addressing PNP supporters in St Andrew West Rural at a meeting to introduce Jennifer Housen as the new caretaker, Daley said people who wear green are not tolerated in her constituency and would be asked to leave.

Green is the colour of the Jamaica Labour Party (JLP).

West Rural St Andrew MP Juliet Cuthbert Flynn said on Twitter that an apology from Daley was not sufficient and called for the Political Ombudsman to investigate.

"Only a few years ago Hon. Bruce Golding and campaign team's vehicles were shot at in Brandon Hill... This style of politics will not be tolerated," Cuthbert Flynn tweeted.

Meanwhile Generation 2000 (G2K), the young professional affiliate of the JLP, has condemned as "tribal" the statements made by Daley.

"Denise Daley’s statements are extremely alarming and a cause for serious concern," said president Stephen Edwards.

"At the very least they are public threats to persons’ constitutional rights to freedom of movement and to political affiliation," he said.

Edwards said a strong signal should be sent to Daley that the country is not interested returning to old-style and aggressive politics that often led to the violence.